Economic rumblings are already being heard along the tracks of Tucson's modern streetcar, although startup of the transit system could still be a year away. 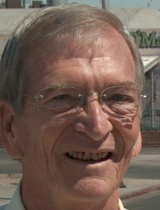 Streetcar proponents have maintained that economic stimulus expected from the transit system means it always has been about more than getting from Point A to Point B. Evidence of it is showing along the 3.9-mile line, which will run from west of downtown to the University of Arizona Medical Center.

“People are looking to the fact that it now will join activity centers," said John Sedwick, executive director of the Fourth Avenue Merchants Association. "It will join Main Gate to us to downtown, and people can come to the city center, and they hop on the modern streetcar and they can go to several areas all in a short period of time.”

That dynamic has encouraged new businesses along the route, including several on or near the North Fourth Avenue shopping and entertainment district. 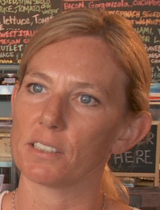 “We’re really excited to see all the new construction here in downtown Tucson," said Allison Crist, who with her husband opened The Hopyard, a deli and market on North Fourth. "The streetcar, I think, is going to be a great addition to connect the university to downtown to kind of the middle area of Fourth Avenue.”

A streetcar stop is right outside the front door to Crist's business, which opened in March.

“I would say that the streetcar had a really large influence on me choosing this spot for The Hopyard," she said. "It’s been great so far, even just people now coming out, just checking out what’s been happening, looking at all the new additions with the streetcar.”

Along Fourth Avenue, several commercial properties are changing hands in apparent anticipation of increased traffic and the potential for new businesses.

“Already, new businesses are starting to come in," Sedwick said. " ...There’s a lot of interest being shown throughout the avenue, and as it gets closer to the streetcar opening up, we’ll be seeing new and different businesses taking an interest.” 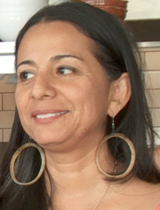 The coming of the streetcar is cited as a significant factor in the revival of downtown Tucson, where according to the Downtown Tucson Partnership, business investment has totaled $209 million in six years, with another $89 million expected next year.

Among businesses opening downtown within sight of the streetcar line are more than a dozen new restaurants and bars, including Penca, a Mexican restaurant owned by Patricia Schwabe on Broadway just east of Stone Avenue and 30 yards from a streetcar stop.

Schwabe said she did not locate there because of the coming of the streetcar, but said she sees it as a positive for the downtown area's future.

“I think the streetcar is probably going to be very instrumental to the continued growth of downtown and the west side," Schwabe said. "The ability for people to jump on the streetcar, maybe from the university and decide to come downtown for a meal, for a show, to the west side, to the markets.

"I think it’s probably going to open the ability for more people to come, when sometimes now they are afraid of where they are going to park, and they find more obstacles because they are driving. So hopefully, the streetcar will just make it easier for people to travel downtown, to come downtown.”

Tucson Streetcar Stop Dedicated to Congressman Grijalva Arrival of 8th Streetcar Marks Fleet Completion Arrival of 8th Streetcar Marks Fleet Completion
By posting comments, you agree to our
AZPM encourages comments, but comments that contain profanity, unrelated information, threats, libel, defamatory statements, obscenities, pornography or that violate the law are not allowed. Comments that promote commercial products or services are not allowed. Comments in violation of this policy will be removed. Continued posting of comments that violate this policy will result in the commenter being banned from the site.