National Climate Assessment says Southwest is going to get even hotter, drier. by Luis Carrión Tweet 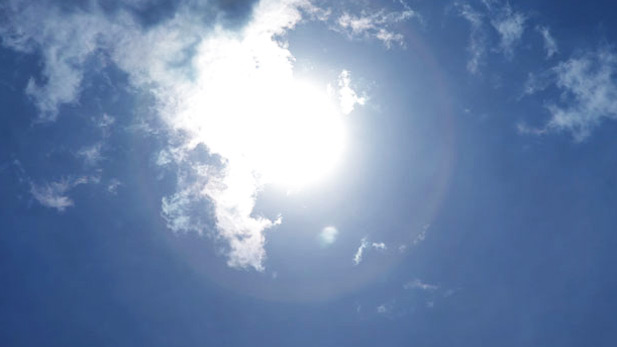 Global climate is changing...and here, in downtown Tucson people are feeling the heat.

Climatologists have determined that most of the warming of the past half-century is due to human activities. Many types of extreme weather are increasing, ice is melting on land and sea, and sea level is rising, and temperatures are getting hotter everywhere. 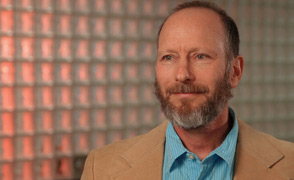 Gregg Garfin, climatologist and one of the lead authors of the 2014 National Climate Assessment.
AZPM Staff

"To me that’s one of the most profound findings. No part of the country is free from the projected impacts of climate change," said Gregg Garfin, a climatologist working at the University of Arizona, and also one of the lead authors of the 2014 National Climate Assessment.

"This particular National Climate Assessment is the most comprehensive ever developed for the U.S.," he said. "We demonstrate that climate change is happening now, and we have important opportunities to reduce the root causes of climate change, and the expected risks of climate change through preparedness and planning."

The National Climate Assessment is divided into regions; each with its own set of characteristics and challenges. The Southwest is no exception.

Here, higher temperatures, drought, and insect outbreaks, all linked to climate change, have increased wildfires. Declining water supplies have also made it difficult for urban centers to cope with the increasing temperatures.

"The combination of increasing temperatures and the way urban areas amplify the heat island effect resulting in extreme heat, and extreme heat is the number one weather related killer in the U.S.," Garfin said. 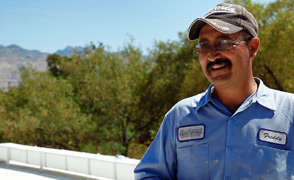 Fred Gonzales has been working with Roofsavers since 1997.
AZPM Staff

Precautions are needed to stay safe in the heat, especially as the summer heat sets in for extended periods of time. Nobody is more aware of this than the individuals that work outdoors during the summer.

Gonzales and his crew say that the body does get somewhat acclimated over time, but in this extreme environment, he’s seen co-workers get sick and fall victims to heat stroke.

"People that can’t stand the heat, they don’t last long. They think they can handle it but they can’t. Every person is different," he said.

Ralph Fregosi, a physiology professor at the UA's Department of Neuroscience, said people that work in the summer heat of desert cities like Tucson operate at the edge of human endurance. But the human body is uniquely adapted to deal with heat.

For every calorie produced, about 75 percent of the energy is going off as heat," he said. "Blood and sweat help the body get rid of heat, as humidity increases you lose the ability to get rid of heat."

While exposure to high temperatures is extremely dangerous, the body has the ability to adapt over time. Within seven to 14 days, it can actually become “acclimated” to the heat. 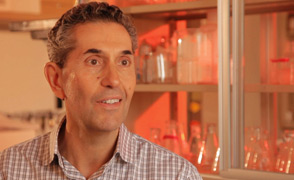 Ralph Fregosi is a physiology professor at the UA's Department of Neuroscience.
AZPM Staff

While having a low sweat threshold can help the human body cope with increasing heat, there is a limit…Heat stroke is common and if left untreated the condition can be fatal.

"There’s a terrible completion between the blood flow. Body temperature gets to be over 105 Fahrenheit…body temperature spikes to very high levels…it can damage brain tissue, and that’s what can kill you," Fregosi said.

National Climate Assessment say the Southwest is expected to get even hotter. In its southern half, significantly drier.

"But there’s also the silver lining," Garfin said. "People are waking up to the impacts and potential impacts of climate change…and the opportunities we have to reduce the root cause of climate change and to prepare for future impacts…"

Garfin said the National Climate Assessment provides a tool for policy decisions, but he remains optimistic about the future of Tucson and the Southwest.

AZ is 'Bull's Eye of Climate Change' Climate Change Threatens AZ Water Supply, UN Report Says The Desert Blooms in a Bountiful Monsoon.
By posting comments, you agree to our
AZPM encourages comments, but comments that contain profanity, unrelated information, threats, libel, defamatory statements, obscenities, pornography or that violate the law are not allowed. Comments that promote commercial products or services are not allowed. Comments in violation of this policy will be removed. Continued posting of comments that violate this policy will result in the commenter being banned from the site.