Republican Diane Douglas has not taken office as Arizona’s superintendent of public instruction, but she is already facing a recall campaign. 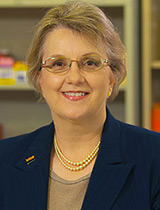 "Recall Diane Douglas" is an official political committee. Nearly 10,000 people have joined the Facebook page, and founder Anthony Espinoza said there are volunteers across the state preparing for the recall.

“We believe that she is not qualified to be superintendent of public instruction,” Espinoza said. “I believe that she won because she has an ‘R’ next to her name and voters may not have known who she was, she hid from everyone.”

To get the a recall election on the ballot the group will need more than 350,000 signatures, and they cannot be collected until after Douglas has been in office for six months, Espinoza said.

Douglas did not respond to a request for comment.

State Schools Chief Douglas Turns Ear to Tucson Schools Superintendent: State of Education in Arizona is 'Poor' Republican Douglas Wins Schools Superintendent Race
By posting comments, you agree to our
AZPM encourages comments, but comments that contain profanity, unrelated information, threats, libel, defamatory statements, obscenities, pornography or that violate the law are not allowed. Comments that promote commercial products or services are not allowed. Comments in violation of this policy will be removed. Continued posting of comments that violate this policy will result in the commenter being banned from the site.