Top league from south of border will bring four teams to Kino Sports Complex in March. by Zachary Ziegler Tweet 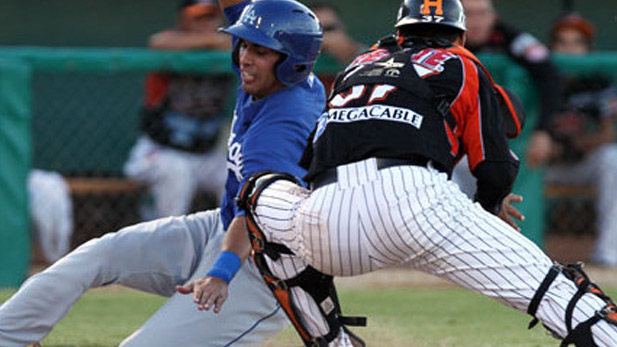 Teams from Tijuana, Cancun, Campeche and Veracruz will hold preseason practices and play 12 games in Tucson.

Liga Mexicana De Beisbol is the top league in Mexico, the equivalent of AAA minor league in the U.S., placing it one step below Major League Baseball.

The games are scheduled to start March 13, and will be played as weekend double-headers through the rest of the month.

Organizers are in talks to add more games, including trying to bring teams from the Phoenix area's Major League Baseball's preseason Cactus League to Tucson for inter-league games with squads from Mexico.

Pima County Wants Major League Baseball Back Mexican League Spring Training Starts Monday in Tucson Mexican Baseball Fiesta in New Tucson Venue - Hi Corbett Field
By posting comments, you agree to our
AZPM encourages comments, but comments that contain profanity, unrelated information, threats, libel, defamatory statements, obscenities, pornography or that violate the law are not allowed. Comments that promote commercial products or services are not allowed. Comments in violation of this policy will be removed. Continued posting of comments that violate this policy will result in the commenter being banned from the site.