Arizona One of Top States for Green Energy Hiring

State No. 5 in report on announced jobs in sector, mostly in solar energy installations. by Zachary Ziegler Tweet 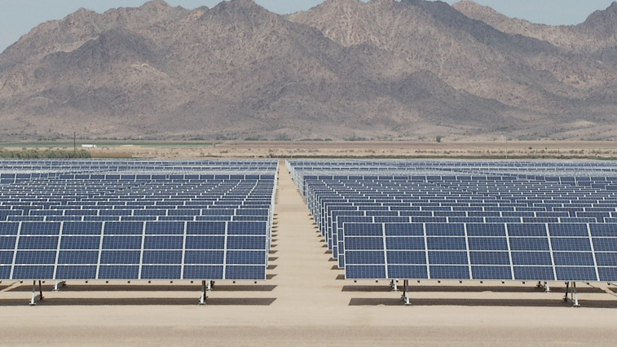 Arizona employers in the green energy industry announced they would be hiring 3,402 employees in 2014, according to a new report from the business group Environmental Entrepreneurs.

The state ranks fifth for job announcements in the U.S.

Most of those jobs are coming to the solar industry, and range in the skill set they require.

The entire report can be found here.

Arizona Leads in Solar Industry Jobs, With 7% Growth Pima County tourism saw strong rebound in 2021 Pima County Issues Ground-Level Ozone Advisory
By posting comments, you agree to our
AZPM encourages comments, but comments that contain profanity, unrelated information, threats, libel, defamatory statements, obscenities, pornography or that violate the law are not allowed. Comments that promote commercial products or services are not allowed. Comments in violation of this policy will be removed. Continued posting of comments that violate this policy will result in the commenter being banned from the site.