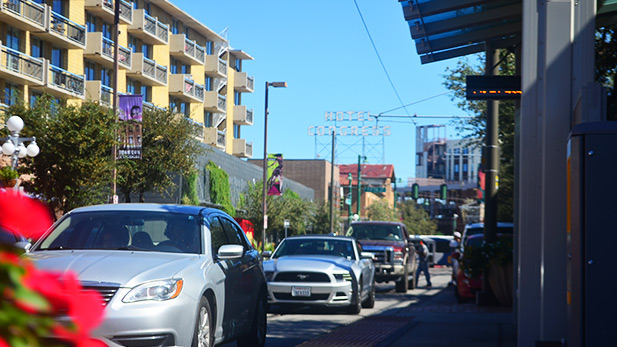 Ridesharing apps have allowed normal drivers a way of entering the world of taxis and other ride-for-hire services.

Apps like Uber and Lyft allow those seeking transport to get in touch with approved drivers and arrange a ride to their destination.

But, for those in Arizona and other places, there's been one issue.

AAA, as well as other insurance providers, take this stance when it comes to ridesharing drivers.

That led to a bill in Arizona last year that required ridesharing drivers carry commercial insurance.

But, Gov. Doug Ducey suspended enforcement of that law in January and asked lawmakers to come up with a cheaper alternative.

“It’s not the same as a taxi or livery," said Andy Tobin, who is now the director of the Department of Weights and Measures, but was Arizona House Leader when the ridesharing law was passed. "It’s our intent to treat everyone fairly, and it’s our intent to make sure that the consumer is protected.”

Now, new legislation would still require ridesharing drivers to carry commercial insurance, but it would allow for that insurance to be an amendment to a personal policy, bringing the cost down.

Similar laws are in place in California and Colorado.

Insurers in both of those states have begun offering ridesharing amendments to personal policies.

In Colorado, a ridesharing policy amendment through Farmer's Insurance costs around 25% of a driver's premium.

“One of the things we’ve been looking at is ridesharing and its explosive growth," said Farmer's spokesperson Mariel Dedesa. "It’s really us saying, ‘how do we best meet the needs of our customers and provide a product that covers them.'”

The Arizona House unanimously passed the new commercial insurance requirement, and the bill is now working its way through the Senate.

Political leaders see this as a way Arizona can be at the forefront of solving a new problem.

Flagstaff Student Faces Disciplinary Action for Renting Dorm Room RTA Gets Money for Riders Who May Be Just Out of Range UA, Uber Announce Driverless Cars Research Program
By posting comments, you agree to our
AZPM encourages comments, but comments that contain profanity, unrelated information, threats, libel, defamatory statements, obscenities, pornography or that violate the law are not allowed. Comments that promote commercial products or services are not allowed. Comments in violation of this policy will be removed. Continued posting of comments that violate this policy will result in the commenter being banned from the site.