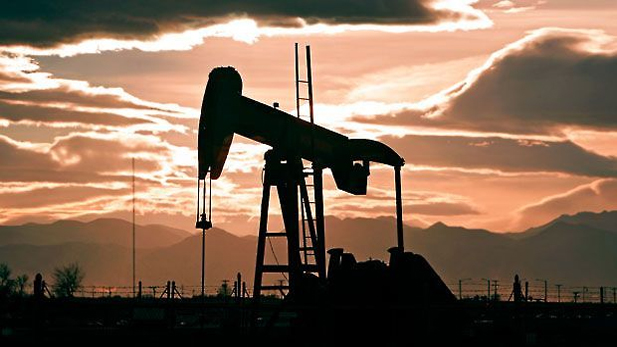 In this Dec. 5, 2012 photo, the sun sets behind an oil pump jack and the Rocky Mountains near Fredrick, Colo. (AP Photo/Ed Andrieski)

A boom in oil production around the U.S. is leading to lower gasoline prices around Arizona.

Dropping prices can have a positive effect in more ways than a low bill at the pump for residents.

As one economist explained, while dropping fuel prices are bad economic news in the places where the oil is pumped out of the ground, they are good news in Arizona, where low fuel prices are an economic benefit.

Weinstein said trade and logistics industries benefit the most from low gasoline prices since fuel is a major expense when it comes to moving goods to market.

And it is not just those industries that can profit from cheap fuel. A drop in shipping costs can also be passed along to consumers in the form of lower retail prices.

Weinstein said he thinks oil prices could stay relatively low through at least 2020.

Analyst: Gasoline Price Peak May Be Near Pima County tourism saw strong rebound in 2021 Foreclosures in AZ up but still well below pre-pandemic normals
By posting comments, you agree to our
AZPM encourages comments, but comments that contain profanity, unrelated information, threats, libel, defamatory statements, obscenities, pornography or that violate the law are not allowed. Comments that promote commercial products or services are not allowed. Comments in violation of this policy will be removed. Continued posting of comments that violate this policy will result in the commenter being banned from the site.