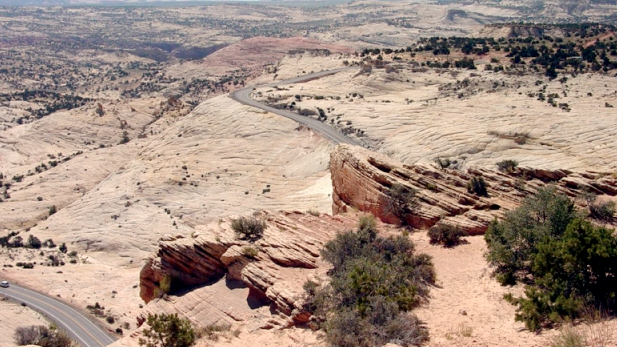 Deserts like the American Southwest are expected to get drier as the climate warms, and that could be bad news for soil fertility, says a Northern Arizona University researcher.

That word comes from a study that is the first to look at soil microbes in drylands all over the world. The researchers collected soil samples from 80 dryland ecosystems, on every continent except Antarctica. It found bacteria and fungi were less numerous and less diverse in drier climates.

“Not only are plants and animals going to respond to climate change, but it seems that also microbes that live in the soil would too,” NAU soil ecologist Matthew Bowker said. “You would expect it, but here it is, loud and clear.”

Bowker said drylands cover 40 percent of the Earth’s landmass, and climate models predict they will expand. If microbial diversity diminishes in these regions, soil will become less fertile, and the effects will ripple up the food chain.

Bowker said his next project will be to study livestock grazing in drylands with the international team.

The Arizona Science Desk is a collaboration of public broadcasting entities in the state, including Arizona Public Media.

Permafrost Soils Could Contribute to Global Warming, Scientist Says City of Tucson adds five new electric buses to fleet Mexico, Sea Shepherd reach agreement to return patrol ships to Sea of Cortez
By posting comments, you agree to our
AZPM encourages comments, but comments that contain profanity, unrelated information, threats, libel, defamatory statements, obscenities, pornography or that violate the law are not allowed. Comments that promote commercial products or services are not allowed. Comments in violation of this policy will be removed. Continued posting of comments that violate this policy will result in the commenter being banned from the site.