Month-Long Road Closure for Next Phase of Downtown Links 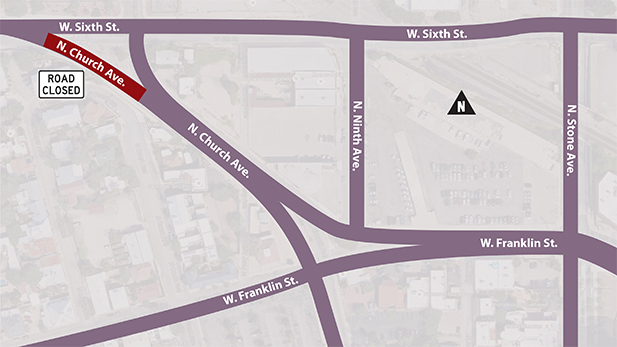 A 0.1 mile stretch of Church Avenue will close through late September to prepare for phase III of the Downtown Links road project.
Tucson Department of Transportation

The Tucson Department of Transportation has closed Church Avenue between 6th Street and Franklin Street for the next month while Tucson Electric Power removes power lines from the area.

It is the second closure for utility work in preparation for phase three of the Downtown Links project, which will connect Barraza-Aviation Parkway to Interstate 10 via Sixth Street. 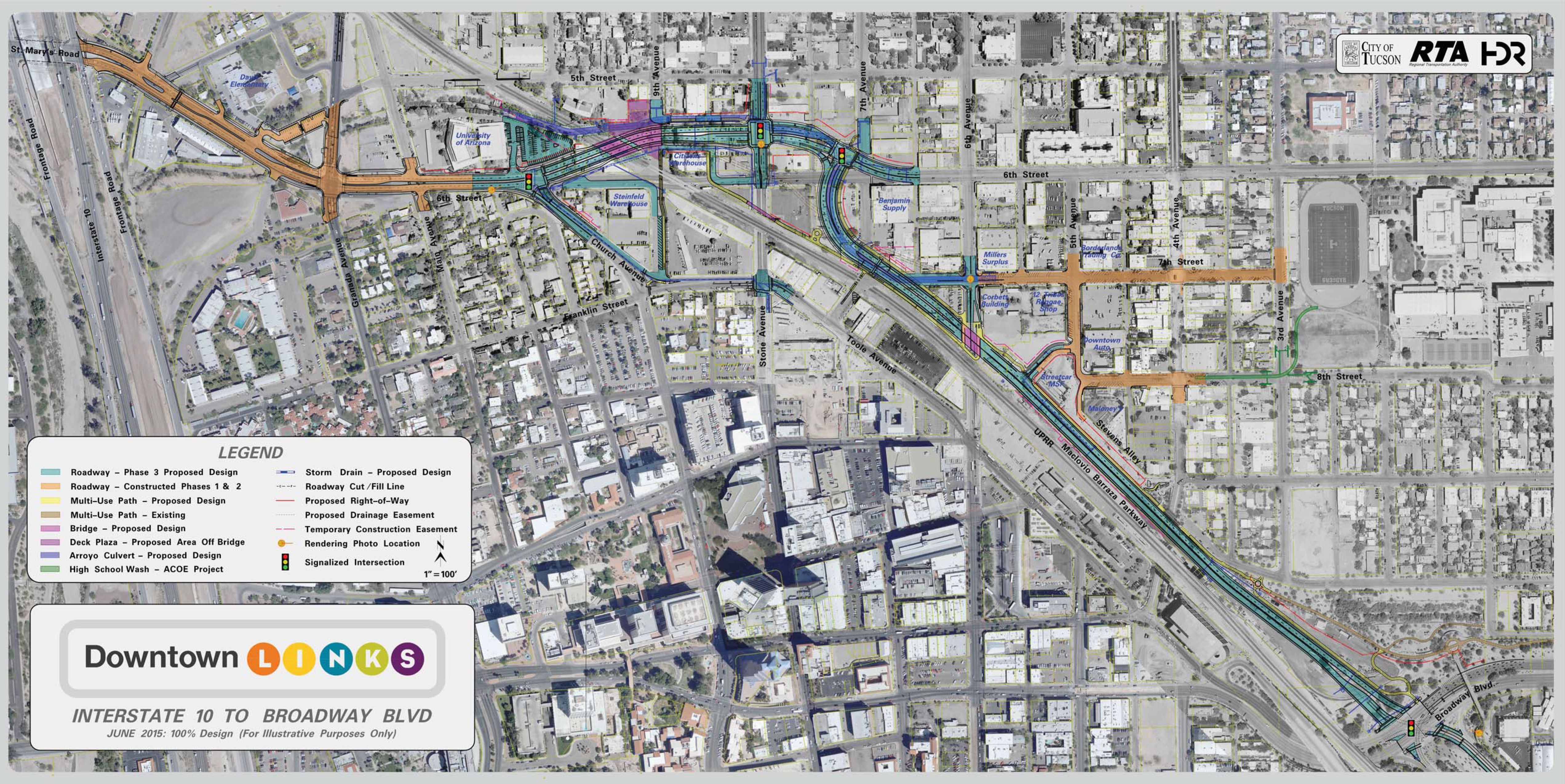 VIEW LARGER The third and final phase of the Downtown Links project will connect Barraza Aviation Parkway with Interstate 10 via a widened 6th Street.
Tucson Department of Transportation

Plans for the new roadway will be a departure from the highway originally envisioned by the Arizona Department of Transportation in the 1980s.

“It’s going to be four lanes with a 30-mile-an-hour speed limit," said TDOT's Sam Credio. "There’s a new intersection that will be made at Sixth Street, a new intersection at Stone Avenue and a new underpass with the Union Pacific railroad.”

The project will also mean a portion of 6th Street is rebuilt wider and north of its current location.

Road building on Phase III is scheduled to begin in early 2017, and is expected to take about two years to complete.

Tucson to Seek Half-Cent Sales Tax Increase for Police, Roads Stone Ave to be One Direction at Drachman Through Friday Traffic Crashes, Deaths Rise on Arizona Roadways in 2015
By posting comments, you agree to our
AZPM encourages comments, but comments that contain profanity, unrelated information, threats, libel, defamatory statements, obscenities, pornography or that violate the law are not allowed. Comments that promote commercial products or services are not allowed. Comments in violation of this policy will be removed. Continued posting of comments that violate this policy will result in the commenter being banned from the site.