Over 100,000 visitors expected for 43rd edition of the event featuring food, music and more. by Nick O'Gara Tweet 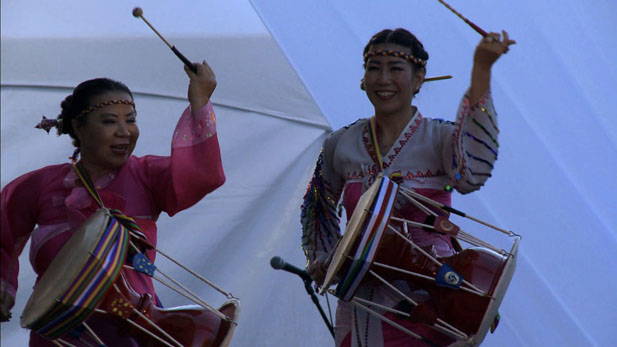 A drum group performs at the 2013 Tucson Meet Yourself.
AZPM

Every year for more than four decades Tucsonans and visitors alike have had the opportunity to get to know the Old Pueblo better by way of a gathering of diverse community members and groups.

Many are coming for the food, which will be served up by 60 vendors.

“In fact, Tucsonans have a joke of calling the festival ‘Tucson Eat Yourself,’” said Maribel Alvarez, University of Arizona professor and executive program director of the organization that puts on the event.

But it’s more than just a collection of food trucks, with three stages for music and dance, folk artists, 78 community groups and a low-rider car show.

The scope of the festival - and the community it represents - can be a surprise to first-timers, Alvarez said.

“The first thing that people tell me is … they didn’t realize there was that much diversity here. People expect that kind of ethnic cultural diversity in the large cities - in Los Angeles, Chicago and New York. And you come here and you think, ‘My God, this is Tucson,’” she said.

“We have 45 different ethnicities, all of which are proudly rooted in their traditions, in their culture.”

The free festival starts today and continues through Sunday, Oct. 9. For more information, visit the website.

"Big" Jim Griffith dies at 86 Night of the Living Fest is Finding its Groove 100,000 Expected for Tucson's All Souls Procession
By posting comments, you agree to our
AZPM encourages comments, but comments that contain profanity, unrelated information, threats, libel, defamatory statements, obscenities, pornography or that violate the law are not allowed. Comments that promote commercial products or services are not allowed. Comments in violation of this policy will be removed. Continued posting of comments that violate this policy will result in the commenter being banned from the site.