HB 2281 and concern for future of Raza Studies in TUSD lends urgency to week-long conference. by Luis Carrión Tweet

Since 2007, Ethnic Studies programs across Arizona have faced opposition from politicians including Tom Horne, the State Superintendent of Public Instruction. HB 2281, authored by Horne, seeks to limit TUSD’s ability to offer ethnic studies programs –specifically Raza Studies. This controversial bill provided the focus for much of the 12th Annual Conference on Transformative Education, which took place this week at the University of Arizona. TUSD’s Mexican American Studies Department sponsored the Institute, and Its purpose was to bring together some of the nation's leading Ethnic Studies scholars to take a closer look at how our country's evolving demographics might be better served by our public education institutions. 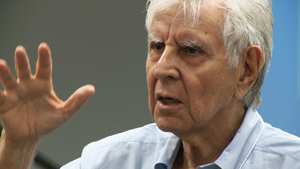 Rodolfo Acuña, Ph.D., professor at California State University at Northridge-Department of Chicana/o Studies, says that the current models of Raza Studies, and bilingual education, can be traced to an essay written by a thirteen-year-old girl in 1966. It’s part of a study by the National Education Association titled The Invisible Minority. The report documents the failings at that time of Arizona Public Schools to address the educational needs of minority populations in Tucson. Acuña says that this document provided the foundation for today’s bilingual education and Chicano or Raza Studies in the state, and is still relevant today. 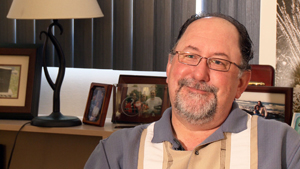 The Institute is co-sponsored by the University of Arizona - College of Education. Dr. Jeffrey Millem, is the Associate Dean of the College, and he says that there is a lot of important research and development happening in these areas of public education. “That’s what this conference does is allow teachers a way to help them understand how they can position themselves in a way to inform these educational problems.” 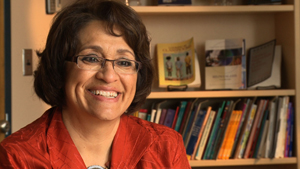 Margaret Montoya, a professor of law at UNM, and one of many notable keynote speakers at this year’s event, says that the new law that seeks to limit the teaching of ethnic studies in TUSD is one small detail of a larger narrative. “We have a tendency now to think this is about Tucson, but really it’s not really even about the United States, it’s about how we see all people as equally human and how we provide this opportunity for all people and all kids… really it’s about the future of the next generation.”

Virgina Woolf's "Mrs. Dalloway" at The Rogue Theatre. International exhibition focuses on children's pandemic self-portraits Tucson willing to give up some Colorado River water
By posting comments, you agree to our
AZPM encourages comments, but comments that contain profanity, unrelated information, threats, libel, defamatory statements, obscenities, pornography or that violate the law are not allowed. Comments that promote commercial products or services are not allowed. Comments in violation of this policy will be removed. Continued posting of comments that violate this policy will result in the commenter being banned from the site.