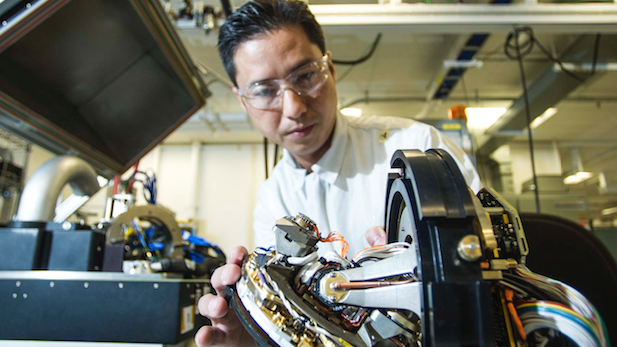 An unidentified Raytheon employee works on a weapons component at the Tucson plant.
Raytheon Missile Systems 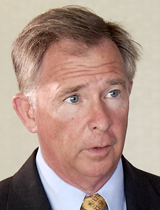 Tucson's largest private employer has begun adding to its payroll, as it announced last month.

Raytheon Missile Systems plans to grow to 12,000 Tucson employees in the next five years, an increase of 2,000 jobs.

The expansion means constructing new buildings on a campus that recently grew as a result of Pima County relocating a road that borders the plant's south side. A pair of new neighbors - rocket builder Vector Space Systems and space-balloon company World View - have moved in near Raytheon's main facility.

The company also could stand to benefit from policies announced by the incoming president. President-elect Donald Trump stated in his 100-day plan that he would like to end the military budget cuts that came with sequestration.

Company Communications Director John Patterson spoke about the changes that have come to the company recently and others that lay ahead in the coming years.

Raytheon Missile Systems Head Retiring Raytheon Opens New Buildings in Latest Expansion Airport Authority's Economic Impact Estimated at $7.4 Billion a Year
By posting comments, you agree to our
AZPM encourages comments, but comments that contain profanity, unrelated information, threats, libel, defamatory statements, obscenities, pornography or that violate the law are not allowed. Comments that promote commercial products or services are not allowed. Comments in violation of this policy will be removed. Continued posting of comments that violate this policy will result in the commenter being banned from the site.