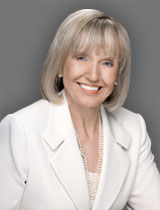 Governor Jan Brewer says the injunction issued by judge Susan Bolton is a win for the federal government. But the Republican Governor, who signed the bill into law, says she still believes in SB1070, and will appeal the decision.

Ducey signs bills limiting school mask, vaccination rules Douglas voters reject pay raise for mayor, council Democrats seek criminal charges against Trump Interior head
By posting comments, you agree to our
AZPM encourages comments, but comments that contain profanity, unrelated information, threats, libel, defamatory statements, obscenities, pornography or that violate the law are not allowed. Comments that promote commercial products or services are not allowed. Comments in violation of this policy will be removed. Continued posting of comments that violate this policy will result in the commenter being banned from the site.