Two of the three Republican Candidates for Arizona Corporation Commission talk about why the ACC needs them. by Bill Buckmaster Tweet 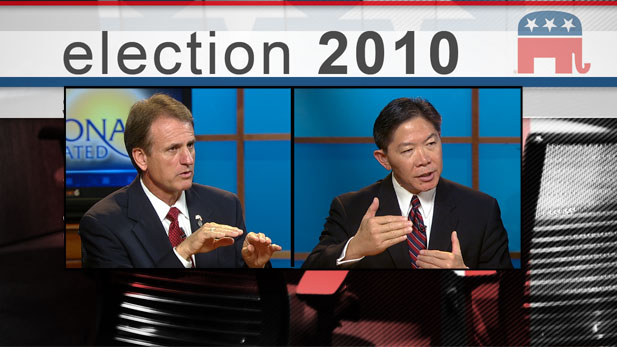 Brenda Burns, the third Republican candidate, who was unable to attend the Arizona Public Media forum because of a hip injury, is a Scottsdale real-estate agent and former Arizona Senate President.

Bankruptcies in AZ dropped in 2022 Pima County tourism saw strong rebound in 2021 Arizona approved for federal relief funds to support small-business growth in underserved communities
By posting comments, you agree to our
AZPM encourages comments, but comments that contain profanity, unrelated information, threats, libel, defamatory statements, obscenities, pornography or that violate the law are not allowed. Comments that promote commercial products or services are not allowed. Comments in violation of this policy will be removed. Continued posting of comments that violate this policy will result in the commenter being banned from the site.