Sanctions at Pima College Likely to be Extended 6 Months

College had hoped to return to full accreditation; accreditor team cites one area of concern. by Vanessa Barchfield Tweet 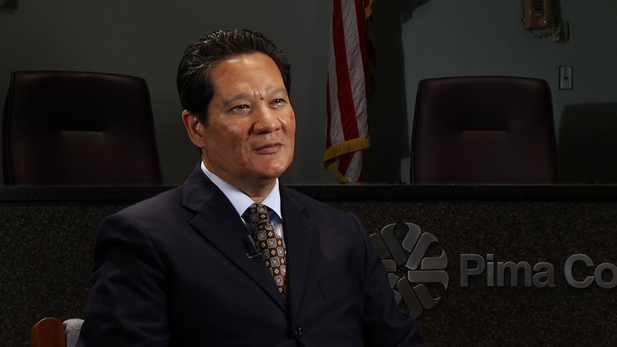 Pima Community College will likely remain under sanction at least another nine months, its accrediting agency has informed the Tucson school.

The report from a team of peer reviewers was made public this week, recommending sanctions be removed in 10 of those 11 areas, citing significant progress.

It called for the school to remain under sanction because of concerns over the 11th area: how Pima assesses student learning outcomes. Specifically, the reviewers want the college to hire two positions: a director of assessment and a research analyst.

Chancellor Lee Lambert wrote in an e-mail to the college that an offer had already been made to a candidate for the director’s position and interviews for the research analyst were underway this week.

Lambert wrote that the college had hoped to come fully off sanction, but he was "heartened and encouraged by the significant progress to date.”

The Higher Learning Commission's Board of Trustees is expected to decide in March whether to follow the review team's recommendation to keep Pima under sanction.

Consultants Unveil Vision for the Future of Pima College PCC Chancelor: Sanction on College Should Be Removed PCC Makes Case for Removing Accrediting 'Notice' Sanction
By posting comments, you agree to our
AZPM encourages comments, but comments that contain profanity, unrelated information, threats, libel, defamatory statements, obscenities, pornography or that violate the law are not allowed. Comments that promote commercial products or services are not allowed. Comments in violation of this policy will be removed. Continued posting of comments that violate this policy will result in the commenter being banned from the site.