Sport was expendable and took a big hit in recession; now it has bounced back. Tweet 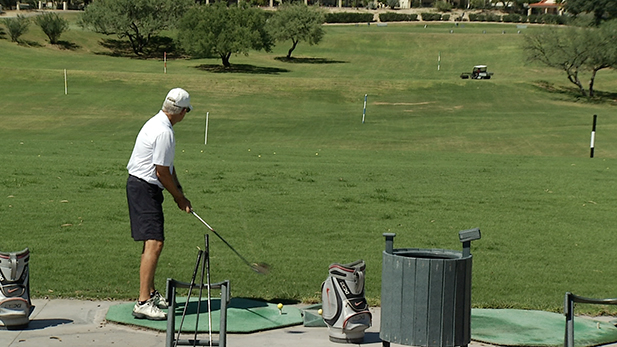 Arizona’s economy got a $4 billion boost from the sport of golf in 2014, a University of Arizona study out this week reported.

George Frisvold, a professor of agricultural and resource economics and an author of the study, said that golf took a hit after the great recession in Arizona and nationally, but now has recovered.

“What you’ve seen is a big rebound where golf was one of the things that people were cutting out at the depths of the recession, but it’s picked back up again," Frisvold said.

The research also examined golf's impact on water, showing that about 2 percent of the state’s total freshwater supply goes to golf course irrigation.

Data from the U.S. Geological Survey from 2010 showed on average, Arizona golf courses used more than 100 million gallons of surface and groundwater for irrigation every day.

Tucson Council Mulls Fate of Money-Losing Golf Courses Supervisors Approve Turning Green Valley Golf Course Into Park Episode 131: 'Cats are Out, But will Tucson Benefit from the Final Four?
By posting comments, you agree to our
AZPM encourages comments, but comments that contain profanity, unrelated information, threats, libel, defamatory statements, obscenities, pornography or that violate the law are not allowed. Comments that promote commercial products or services are not allowed. Comments in violation of this policy will be removed. Continued posting of comments that violate this policy will result in the commenter being banned from the site.