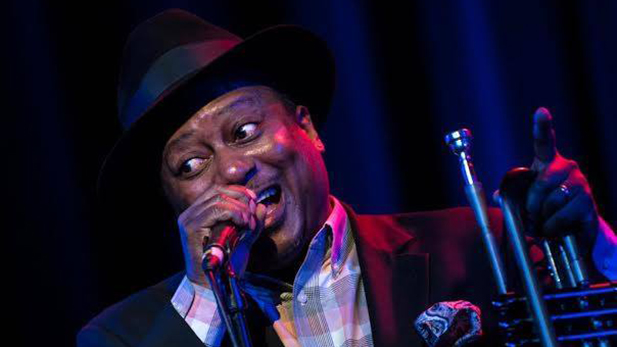 As many as 17,000 people will attend the Tucson Jazz Festival, which begins Thursday, organizers estimated.

Saxophonist Kamasi Washington opens the 10-day festival with a show at the Rialto Theatre.

There will be shows every evening at downtown venues through Jan. 22, when local musician Howe Gelb closes the festival with a show at Congress.

"She’s an amazing vocalist,” Ervin said. "She’s won Grammys and Tonys, and she’s also going to have opening for her the Tucson Jazz Institute Ellington Band, which is our kids that have won the Jazz at Lincoln Center contest several times."

Ervin said she started the festival three years ago at the request of Mayor Jonathan Rothschild, who wanted to attract out-of-town visitors in mid-January, when tourism typically dips ahead of the gem and mineral shows.

She said it's the only jazz festival in the country in January, noting Tucson's rich history with the genre.

"It used to be a great jazz town back in the '80s and '90s, and we figured that there was an audience for it now."

To see the full lineup for this year's festival, click here. an example inline link.

Tucson 'Hungry' for a Festival Like Chick Magnet Downtown Rebound: Tucson Entertainment Finds Life Tucson Band Takes 2nd at High School Jazz Festival
By posting comments, you agree to our
AZPM encourages comments, but comments that contain profanity, unrelated information, threats, libel, defamatory statements, obscenities, pornography or that violate the law are not allowed. Comments that promote commercial products or services are not allowed. Comments in violation of this policy will be removed. Continued posting of comments that violate this policy will result in the commenter being banned from the site.