Tech Schools Don't Want to Be Overlooked for Teacher Raises

Some uncertainty lingers after years of budget strain. by Andrea Kelly Tweet 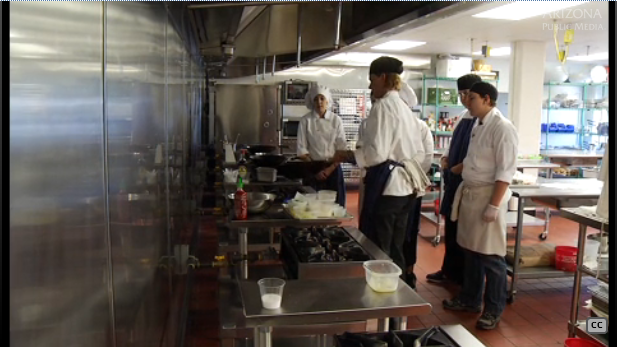 The state’s 14 career and technical education districts hope the governor’s proposal to give Arizona teachers a raise this year includes their instructors.

The governor’s proposed raise for teachers would obviously apply to educators in traditional public school districts – those who teach art and math, for example.

But it should also include the auto mechanics and cosmetology teachers who instruct high school students in the Cochise Technology District, said Joel Todd, the district superintendent.

That district, and others known as Joint Technical Education Districts, are career and technical education programs that run in conjunction with school districts throughout the state. They teach students skills and train them for careers in areas like automotive, culinary and cosmetology fields. They are designed as an option for students who seek a career that does not necessarily require a college degree.

Technology districts are supposed to be treated the same as all other public school districts, he said.

The governor released his budget proposal Friday, and it calls for a two percent raise for teachers, phased in over five years, and will need legislative approval.

The districts were strained last year when they were faced with total funding elimination, but then state lawmakers restored funding before the cut took place. There are numerous needs for the districts, both superintendents said. They include adding back the capacity to educate more students. Right now, high school sophomores, juniors and seniors can take the courses, but not freshmen or those who have graduated high school.

Hear more from both superintendents in an interview on this week's edition of Metro Week.

Southern Arizona Towns Navigating a More Moderate Growth JTED Revs Up Big Engines for Tucson Job Training Will Career, Tech Education Funding Be Restored?
By posting comments, you agree to our
AZPM encourages comments, but comments that contain profanity, unrelated information, threats, libel, defamatory statements, obscenities, pornography or that violate the law are not allowed. Comments that promote commercial products or services are not allowed. Comments in violation of this policy will be removed. Continued posting of comments that violate this policy will result in the commenter being banned from the site.