A number of events are being held this month, as part of the anniversary of the founding of Tucson, on August 20, 1775, when Hugo O'Connor established the new presidio. by Robert Rappaport Tweet

Tucson’s 235th birthday will be celebrated next week, although the month-long celebration already is underway.

Even though historians document the area has having been inhabited for more than 12,000 years, Tucson officially was founded on August 20, 1775.

“That was when Hugo O’Conor came, on behalf of The Spanish crown, to chose a location for a new presidio,” says Kyle McKoy, Director of Education at the Arizona Historical Society. “What is now Arizona had a presidio at Tubac and they were having problems. Apaches were constantly harassing them. They were in a very remote area and then the Spanish king wanted to realign the presidio line to make it a stronger border and so they decided to move it north, to what is now Tucson.”

Tucson was chosen, in part, because the top of Sentinel Peak, or “A” Mountain as it’s commonly known today, provided a high vista to scout for enemies at long distances, McKoy says.

Tucson’s birthday celebrations include an exhibit at the University of Arizona Main Library. “We have a number of resources that highlight Tucson’s history, such as historical maps and photographs,” says Alexandra Rivera, Assistant Librarian of Instruction and Outreach. 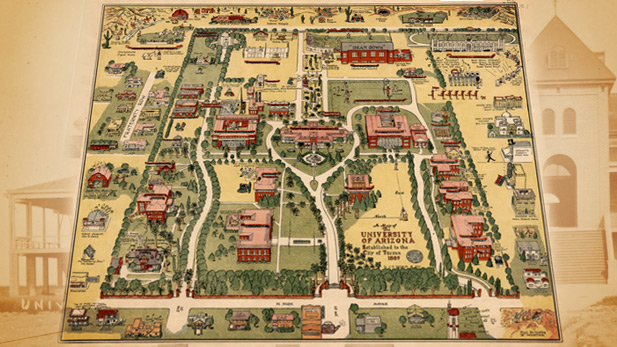 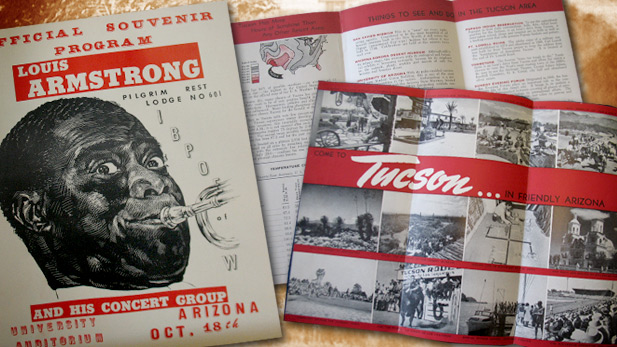 Rediscover Tucson: A Celebration of the Old Pueblo is open during normal UA Library hours through September 10th.

Has "Star Trek" changed the world? Author Ryan Britt examines a legacy lasting 50 years... and beyond. A grassroots Tucson baker wins a national award for excellence. Providing a future for sea turtles in Kino Bay.
By posting comments, you agree to our
AZPM encourages comments, but comments that contain profanity, unrelated information, threats, libel, defamatory statements, obscenities, pornography or that violate the law are not allowed. Comments that promote commercial products or services are not allowed. Comments in violation of this policy will be removed. Continued posting of comments that violate this policy will result in the commenter being banned from the site.