Rillito Horse Racing Gets Another Lap: Through 2021

Extension comes with a stipulation for $1M in upgrades to Rillito Park facilities. by Zachary Ziegler Tweet 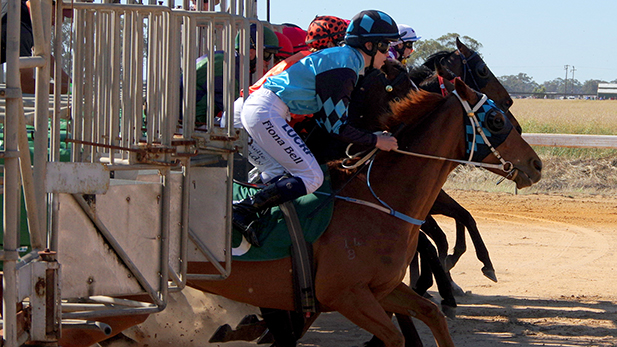 Horses burst out of the starting gate on a dirt race track.
Via Pixabay

A four-year contract extension will keep horse racing at Rillito Regional Park through 2021.

The Pima County Board of Supervisors unanimously approved a contract extension Tuesday for Rillito Racing, Inc., a subsidiary of the Rillito Park Foundation, which manages horse racing at the park.

The extension comes with a stipulation that $1 million be spent by Rillito Racing on improvements at the facility over the next five years.

The Rillito Park Foundation secured a $1 million grant to fund facility improvements that required a contract extension be in place before the money is given.

The grant money will be used to build new barns and update the clubhouse at the track.

“The clubhouse has been around for decades, and it does need some improvements to the floor and some of the restaurant in order to really handle the demand of the public,” said Pima County Attractions and Tourism Director Tom Moulton.

The old barns were removed to make room for a soccer field.

Rillito Park puts University of Arizona students on track to success Rillito Foundation Offers 30 Internships With UA Agriculture College Rillito Race Track Owes Future to the Past
By posting comments, you agree to our
AZPM encourages comments, but comments that contain profanity, unrelated information, threats, libel, defamatory statements, obscenities, pornography or that violate the law are not allowed. Comments that promote commercial products or services are not allowed. Comments in violation of this policy will be removed. Continued posting of comments that violate this policy will result in the commenter being banned from the site.