Vote on residential rates, discussion of solar rates due at commission meeting. by Zachary Ziegler Tweet 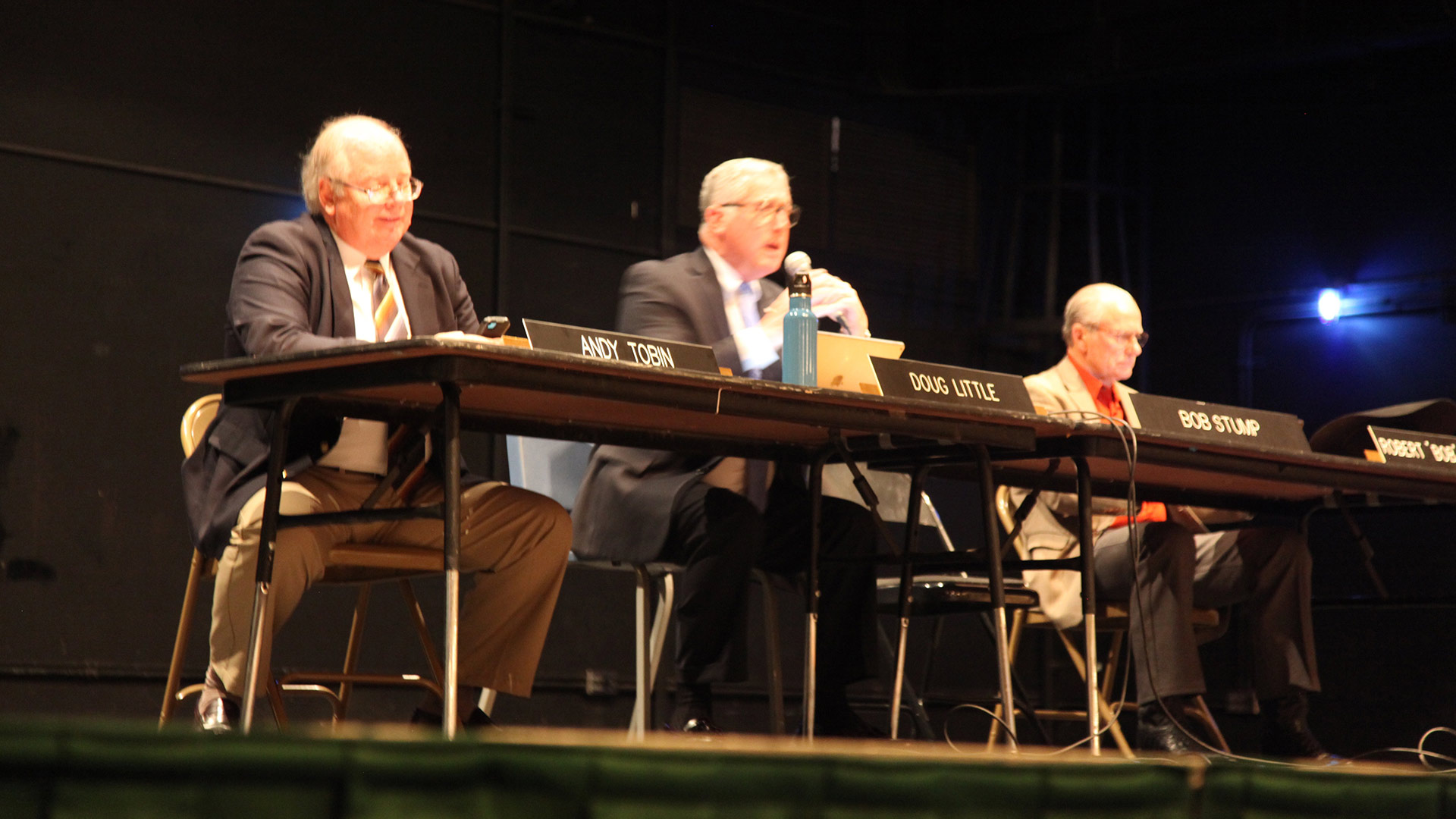 (from left) Corporation Commissioners Andy Tobin, Tom Forese and Bob Burns attend a meeting in Tucson.
Zac Ziegler
This story was updated on Feb. 7. Based on information from a source, a previous version said the solar buyback rate may be established at this meeting. It has been corrected to say TEP's solar matters are only up for discussion.

A Wednesday meeting of the Arizona Corporation Commission could decide the future of Tucson's electricity rates.

The meeting will be held at the state government building at 400 W. Congress Street starting at 10 a.m.

On the docket are two Tucson Electric Power requests. One would raise a typical residential electric bill by $8.15 a month. Discussion of TEP's solar rates is also expected, though a vote on that is not due until June.

The meeting will include testimony from both sides and the public, and a decision on new electric rates is expected by the end of the day.

“You never know how long the program will go, but I think the hope is that we’re down there and by the end of the afternoon we’ll be able to vote on the final product,” said Corporation Commissioner Andy Tobin.

A live stream of the meeting can be watched here.

Members of the public can request to speak at the meeting here.

TEP Wins $8.74 a Month Average Rate Increase Solar Rate Decision Sets Showdown over TEP Rate Case Republicans Secure Three Seats on Arizona Corporation Commission
By posting comments, you agree to our
AZPM encourages comments, but comments that contain profanity, unrelated information, threats, libel, defamatory statements, obscenities, pornography or that violate the law are not allowed. Comments that promote commercial products or services are not allowed. Comments in violation of this policy will be removed. Continued posting of comments that violate this policy will result in the commenter being banned from the site.