First of 2 Parts: Business in Sonora

HERMOSILLO, Mexico - Arizona's ties to Sonora are as ancient as travel over the millennia by native traders and as modern as the 21st century deals that move component parts for automobile manufacturing and other goods back and forth until there's a finished product. 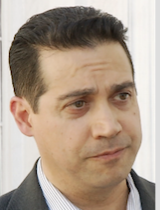 Arizona Week went to Hermosillo, Sonora's capital and largest city, for an in-depth report on its cross-border economics efforts and analysis of the development of the region as a business power. 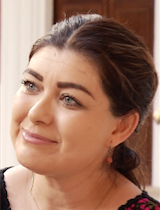 Next week in Part 2: Business in Sonora looks at the coastal cities of Guaymas, one of the world's fastest growing seaports, and nearby San Carlos, a tourism mecca that has attracted many American expatriots.

Episode 311: Douglas - A Small Town Thinking Big Episode 309: Business in Sonora - Guaymas 'Port of Ports' Episode 307: Far From Home, Young Refugees Finding Their Way in Arizona
By posting comments, you agree to our
AZPM encourages comments, but comments that contain profanity, unrelated information, threats, libel, defamatory statements, obscenities, pornography or that violate the law are not allowed. Comments that promote commercial products or services are not allowed. Comments in violation of this policy will be removed. Continued posting of comments that violate this policy will result in the commenter being banned from the site.