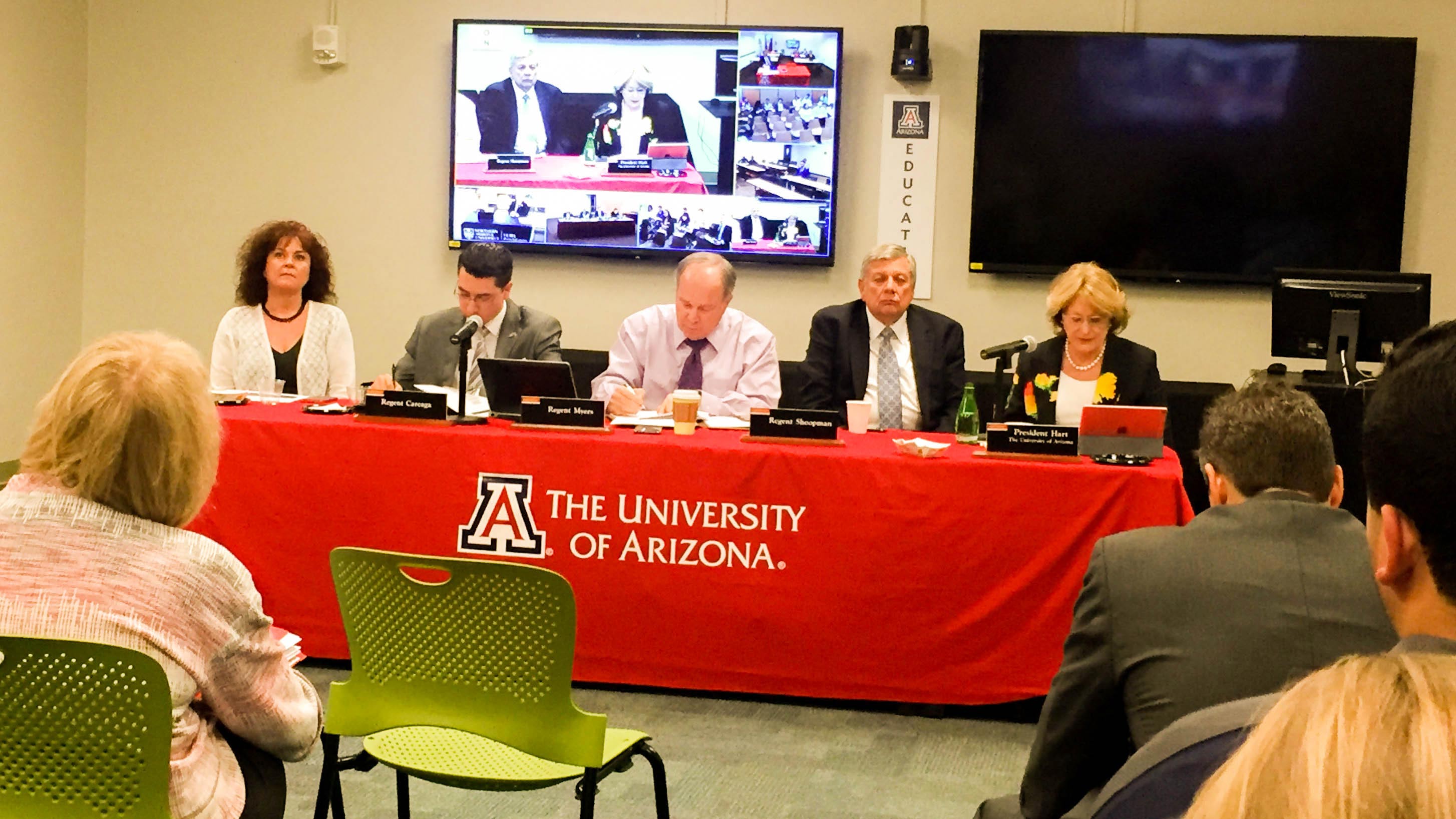 The Arizona Board of Regents listened to student input on the state's three public universities' tuition proposals for the 2017-18 academic year.

Reaction to the University of Arizona’s 2017 tuition and fee proposal was mixed at a public forum Tuesday, with some students opposed to a $100 annual fee to support athletics.

"Although I value athletics as an institution, I do not believe this fee is fair or necessary for the students that attend this great institution," he said.

The UA is asking the Board of Regents to allow it to charge new undergrads the fee to support athletics. New graduate students would be charged $50 but could opt out.

"I urge the Board of Regents to reject this fee and allow for more student input in the process," Lubisich said.

The UA proposed a $200 fee for athletics last year, which would have applied to undergrad and grad students, but that was dropped after widespread opposition.

Regents will vote on the tuition proposal at a meeting in Tucson next week.

Construction Season Underway for Arizona Athletics UA Fires Football Coach Rodriguez UA Men's Basketball Assistant Coach Facing Federal Charges
By posting comments, you agree to our
AZPM encourages comments, but comments that contain profanity, unrelated information, threats, libel, defamatory statements, obscenities, pornography or that violate the law are not allowed. Comments that promote commercial products or services are not allowed. Comments in violation of this policy will be removed. Continued posting of comments that violate this policy will result in the commenter being banned from the site.