Second of 2 Parts: Business in Sonora

GUAYMAS, Sonora - What the 16th century Spaniards called "the port of ports" is becoming just that in 21st century Mexico's economy, with ships from around the globe making calls to load and unload their cargo.

From copper concentrate mined and smelted in Arizona and bound for Japan to Sonoran wheat heading to other parts of Asia, the deepwater port on the Sea of Cortez has expanded to handle up to $6 billion a year in commercial shipping.

Arizona Week takes in the sights, sounds and economic data on the port and the tourist and ex-patriot coastal village of nearby San Carlos in the second of a two-part special report on the Sonoran side of the Arizona-Mexico economic "megaregion." 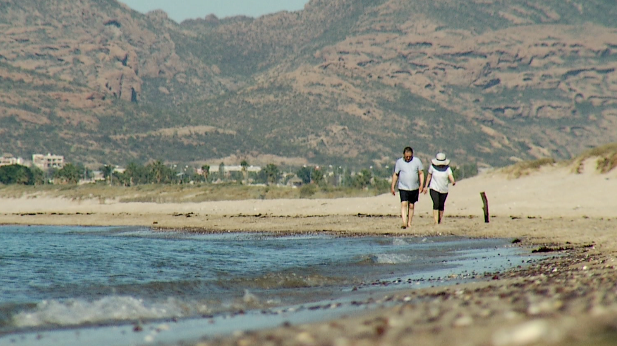 Sonora Mulls Inviting Private Sector Aboard to Finish Rocky Point Dock State Lawmakers Tour Southern Arizona Economic Drivers Former Sonoran Official and His Wife Arrested In Tucson
By posting comments, you agree to our
AZPM encourages comments, but comments that contain profanity, unrelated information, threats, libel, defamatory statements, obscenities, pornography or that violate the law are not allowed. Comments that promote commercial products or services are not allowed. Comments in violation of this policy will be removed. Continued posting of comments that violate this policy will result in the commenter being banned from the site.