The attitude toward the meters has changed since they were installed, official says. by Brenna Bailey, AZPM Intern Tweet 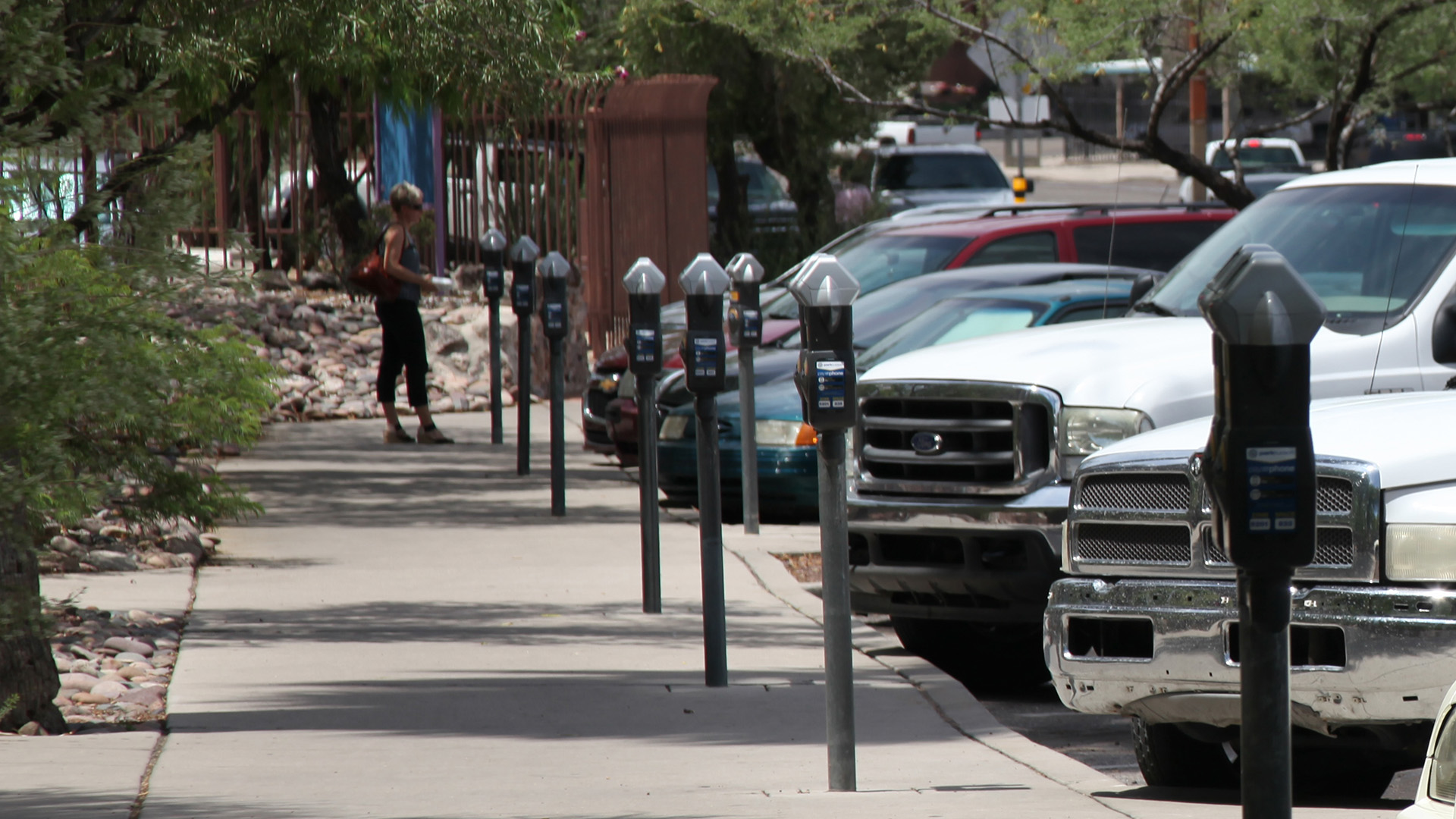 Fourth Avenue’s 380 parking meters have generated around $200,000 in revenue, a number in the ballpark of the city’s original projections, according to Park Tucson administrator Donovan Durband.

Durband said there are still plenty of free parking spots in Fourth Avenue’s periphery, though, so revenues from the meters, which cost $1 per hour, aren’t as high as they could be.

“Right now there’s a lot of areas where it’s still a free-for-all, so it will probably have higher meter revenue once we kind of tighten things up,” he said.

The meters, installed in early 2015, were met with criticism from some Fourth Avenue merchants and motorists, who thought they shouldn’t have to pay for previously free parking.

Durband says this thinking has changed, for the most part.

“We have a lot of the merchants who are starting to understand – because they’d like a garage – you can’t build a garage and have people pay to park there when there’s free parking everywhere around it,” he said.

The city will now focus on designating permit parking for Fourth Avenue employees, and, finally, on developing a parking garage, Durband said.

Charity Campaign Gives UA Motorists Tasty Alternative to Fines Tucson Can Keep Tax Incentive for Downtown Redevelopment Grant Helps Tucson Police Focus on Aggressive Drivers
By posting comments, you agree to our
AZPM encourages comments, but comments that contain profanity, unrelated information, threats, libel, defamatory statements, obscenities, pornography or that violate the law are not allowed. Comments that promote commercial products or services are not allowed. Comments in violation of this policy will be removed. Continued posting of comments that violate this policy will result in the commenter being banned from the site.