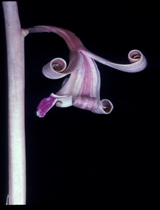 The orchid, known as Coleman’s Coralroot, grows in only three locations, and one is in the footprint of the proposed Rosemont Copper Mine southeast of Tucson. Tierra Curry, a conservation biologist with the Center for Biological Diversity, says the process to protect the orchid could take awhile. The center has asked for Endangered Species Act protection for five different species threatened by the Rosemont mine proposal. 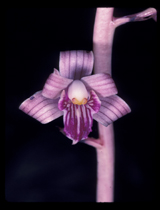 Officials expect wet weather as Contreras Fire passes 20,000 acres Rare Arizona plant now on endangered list Northern Arizona watches winds as Western wildfires blaze
By posting comments, you agree to our
AZPM encourages comments, but comments that contain profanity, unrelated information, threats, libel, defamatory statements, obscenities, pornography or that violate the law are not allowed. Comments that promote commercial products or services are not allowed. Comments in violation of this policy will be removed. Continued posting of comments that violate this policy will result in the commenter being banned from the site.