Decision Time Coming for the City of Tucson

Tucson Mayor Bob Walkup talks about the two very important decisions voters will be deciding on in the November elections. by Bill Buckmaster Tweet 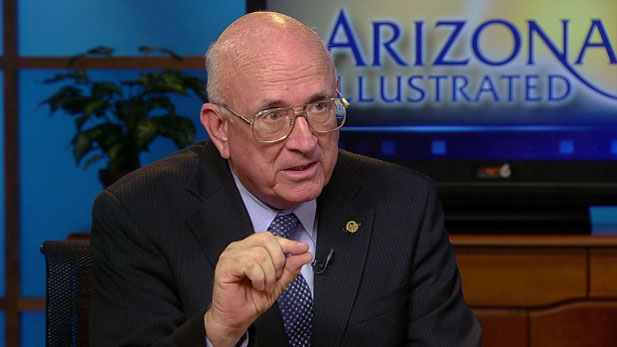 Tucson Mayor Bob Walkup says voters living within the city limits will be asked to decide on two important measures: to change the city charter which dates back to 1929 and a proposed 1/2 cent sales tax. Mayor Walkup also has an update on the continuing controversy over a proposed hotel by the Tucson Convention Center.

Senate hears bill on Grand Canyon mining Tucson City Council passes resolution supporting abortion rights Ducey OKs $18B budget upping school, infrastructure spending
By posting comments, you agree to our
AZPM encourages comments, but comments that contain profanity, unrelated information, threats, libel, defamatory statements, obscenities, pornography or that violate the law are not allowed. Comments that promote commercial products or services are not allowed. Comments in violation of this policy will be removed. Continued posting of comments that violate this policy will result in the commenter being banned from the site.