Arizona voters will get another chance to decide on whether marijuana should be legalized for medical use. by Tony Paniagua Tweet 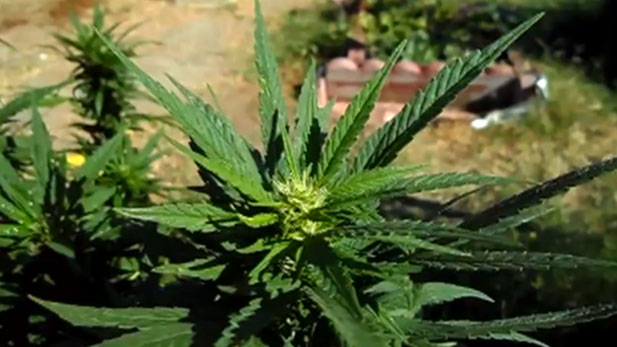 Arizona residents are getting to vote on medical marijuana as part of Proposition 203.
AZPM

Voters in Arizona are hearing very different arguments about marijuana and its benefits or dangers, and they'll be able to make their own decision on Tuesday November 2nd.

Proposition 203, the Arizona Medical Marijuana Act is supported by people who say, among other things, that marijuana helps relieve pain and anxiety from debilitating diseases, that patients should not risk arrest for trying to alleviate their pain, and that marijuana has already been legalized in some fashion in 14 other states.

However, opponents believe that marijuana is harmful, that there are alternatives patients can use, and that it can lead to more users who may then move on to stronger and dangerous drugs.

One such opponent is 21 year-old Zack Golsdtone who says he started using marijuana as a teenager in high school and then experimented with other drugs such as methamphetamines and heroin. Goldstone received treatment at Journey Healing Centers in Scottsdale and has been drug free for more than three months. Now he is speaking out against Prop 203 and marijuana.

But Lily Rose Krugly is a strong supporter of marijuana use for medical purposes and she doesn't believe it will lead to harder drugs unless people have addictive personalities to begin with, since she's been using marijuana and hasn't been interested in harder drugs. Krugly was diagnosed with breast cancer a couple of years ago.

"I can’t even express the words to tell you how traumatic hearing those three little words, “you have cancer” impact your life. I don’t know how I would have gotten through treatment or any of this, without medical marijuana," she says.

Official supporters of medical marijuana include AZ Marijuana Medical Policy Project and AZ4Norml: The National Organization for the Reform of Marijuana Laws.

Arizona residents are getting to vote on medical marijuana as part of Proposition 203.

Tucson City Council passes resolution supporting abortion rights Arizona lawmakers approve bipartisan $18 billion budget Arizona Senate Democrats force vote on gun background checks
By posting comments, you agree to our
AZPM encourages comments, but comments that contain profanity, unrelated information, threats, libel, defamatory statements, obscenities, pornography or that violate the law are not allowed. Comments that promote commercial products or services are not allowed. Comments in violation of this policy will be removed. Continued posting of comments that violate this policy will result in the commenter being banned from the site.