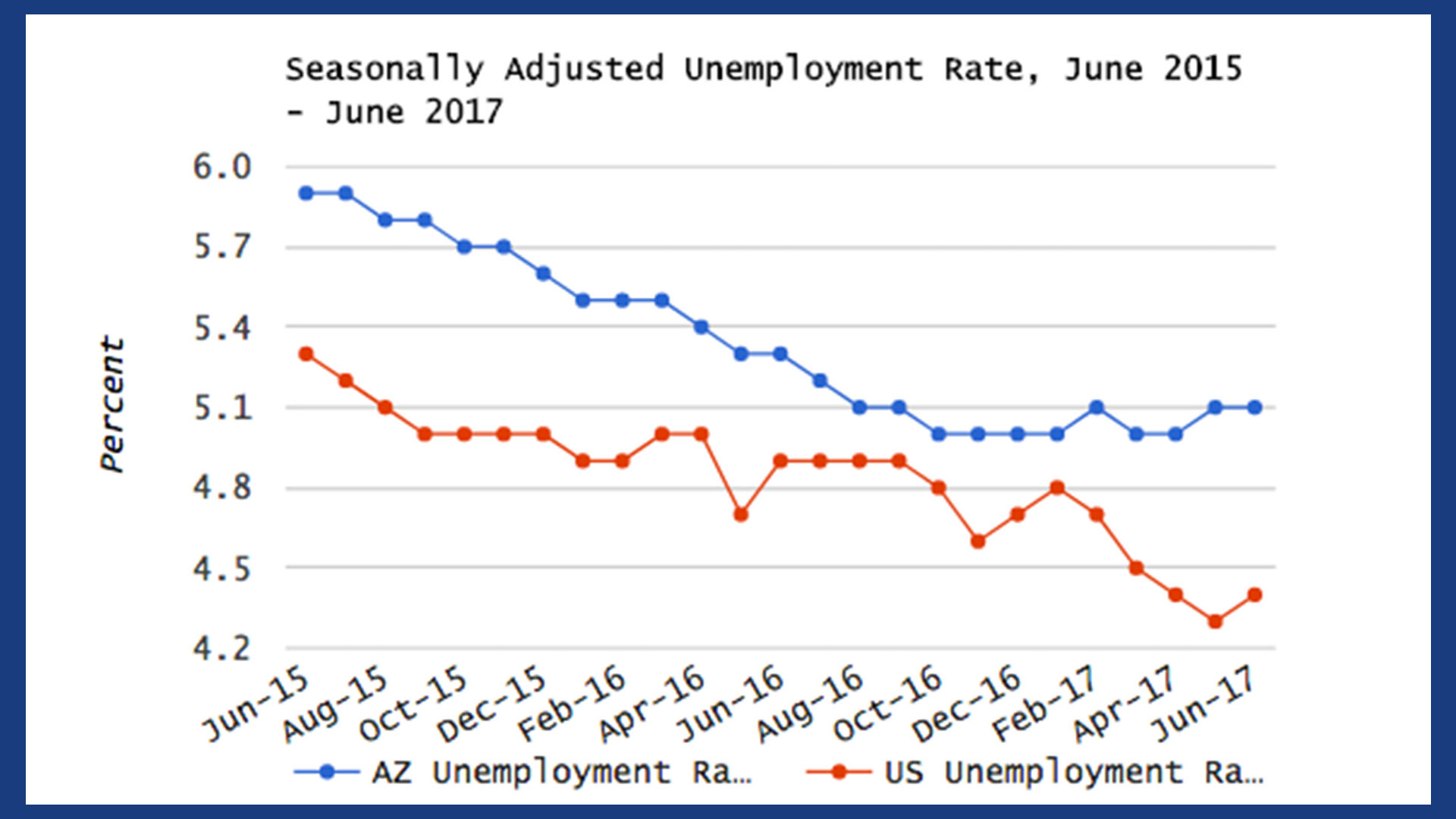 A monthly report from the Arizona Office of Economic Opportunity shows the state's unemployment rate stayed flat in June, at 5.1 percent.

In contrast, the number of jobs in the state dropped by 42,800 last month.

Such a number may appear bad, but it is actually expected during the summer.

Walls said the losses are better than expected. Since the recession ended, June has averaged 53,100 jobs lost.

Summer seasonal losses were most felt in the Tucson area, where month-to-month employment numbers fell by 2.8 percent.

While Tucson's month-to-month losses were written off as seasonal by Walls, the year-to-year growth in jobs was not.

Tucson's job market has grown by 0.5 percent in the past year, the lowest of any of the seven metro areas measured in the report.

“However, we are seeing positive growth in several industries within Tucson, including manufacturing, health care, and financial activities over the year,” he said.

Jobs in those fields, according to Walls, often come with higher salaries and are a sign of solid economic growth.

Arizona Unemployment Stays Flat; Wages Up Tucson Housing Market Enters Seasonal Slowdown Strong Permits To Build New Homes in Tucson Flat to Start 2017
By posting comments, you agree to our
AZPM encourages comments, but comments that contain profanity, unrelated information, threats, libel, defamatory statements, obscenities, pornography or that violate the law are not allowed. Comments that promote commercial products or services are not allowed. Comments in violation of this policy will be removed. Continued posting of comments that violate this policy will result in the commenter being banned from the site.