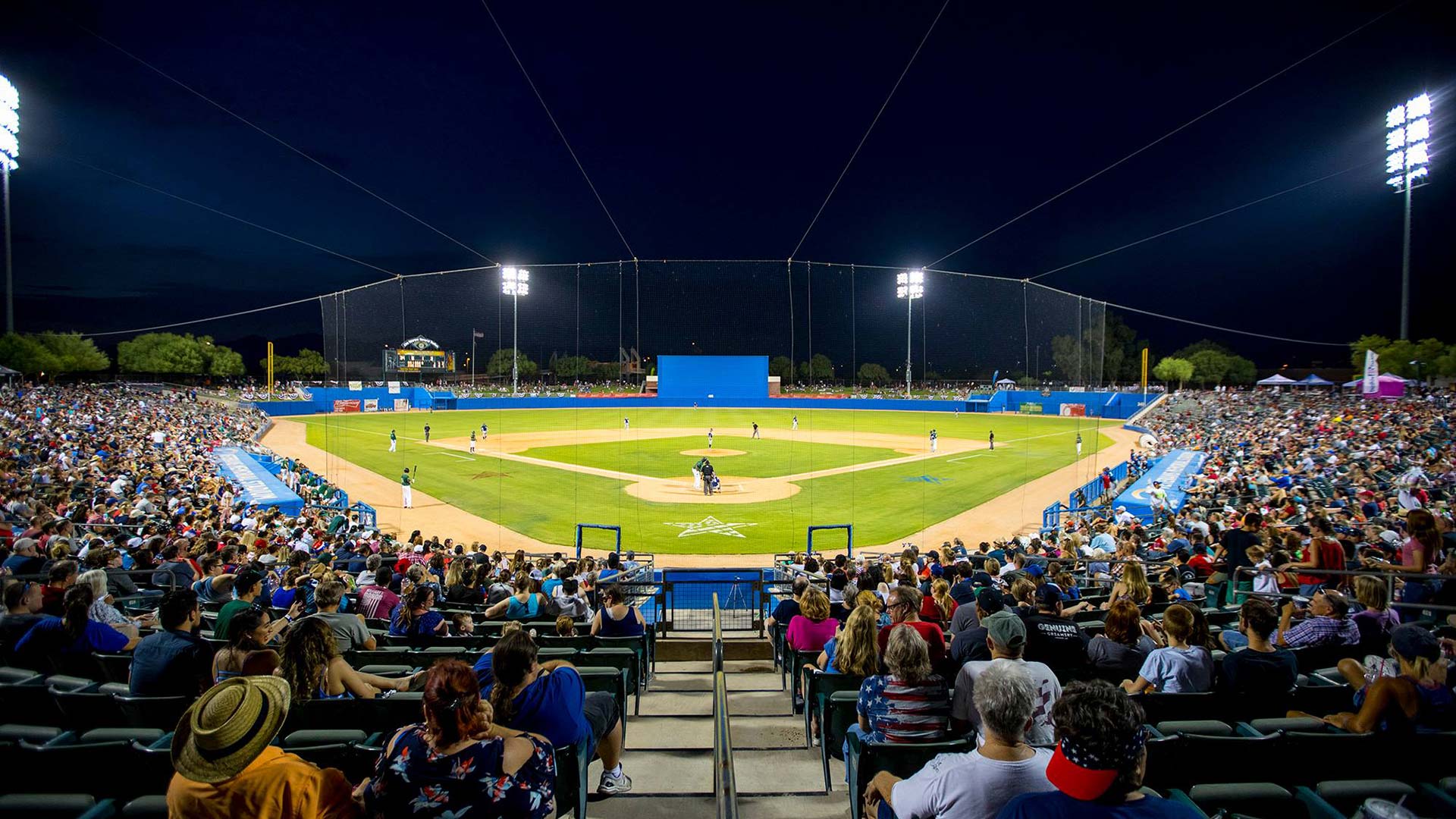 Pima County officials sent a letter to the Milwaukee Brewers this week asking the team to consider the Kino Stadium Complex for its spring training next season and bring Major League Baseball back to Tucson.

The 17-page letter includes a map of the sports complex and photographs of the facility, highlighting the 8,000-seat stadium along with a clubhouse, parking and adjoining baseball and soccer fields. It promises safe, playable conditions for athletes along with waste reduction and recycling for environmental sustainability.

The county sent the letter after the city of Gilbert declined the Brewers’ plan to move there. That proposal collapsed when city leaders rejected the idea of spending taxpayer money on a new stadium, clubhouse and retail center.

Mexican Baseball Fiesta Returns for Seventh Year Love the Outdoors? There's a Way to Help Others Enjoy It Preseason Baseball Returning to Tucson, from Mexico
By posting comments, you agree to our
AZPM encourages comments, but comments that contain profanity, unrelated information, threats, libel, defamatory statements, obscenities, pornography or that violate the law are not allowed. Comments that promote commercial products or services are not allowed. Comments in violation of this policy will be removed. Continued posting of comments that violate this policy will result in the commenter being banned from the site.