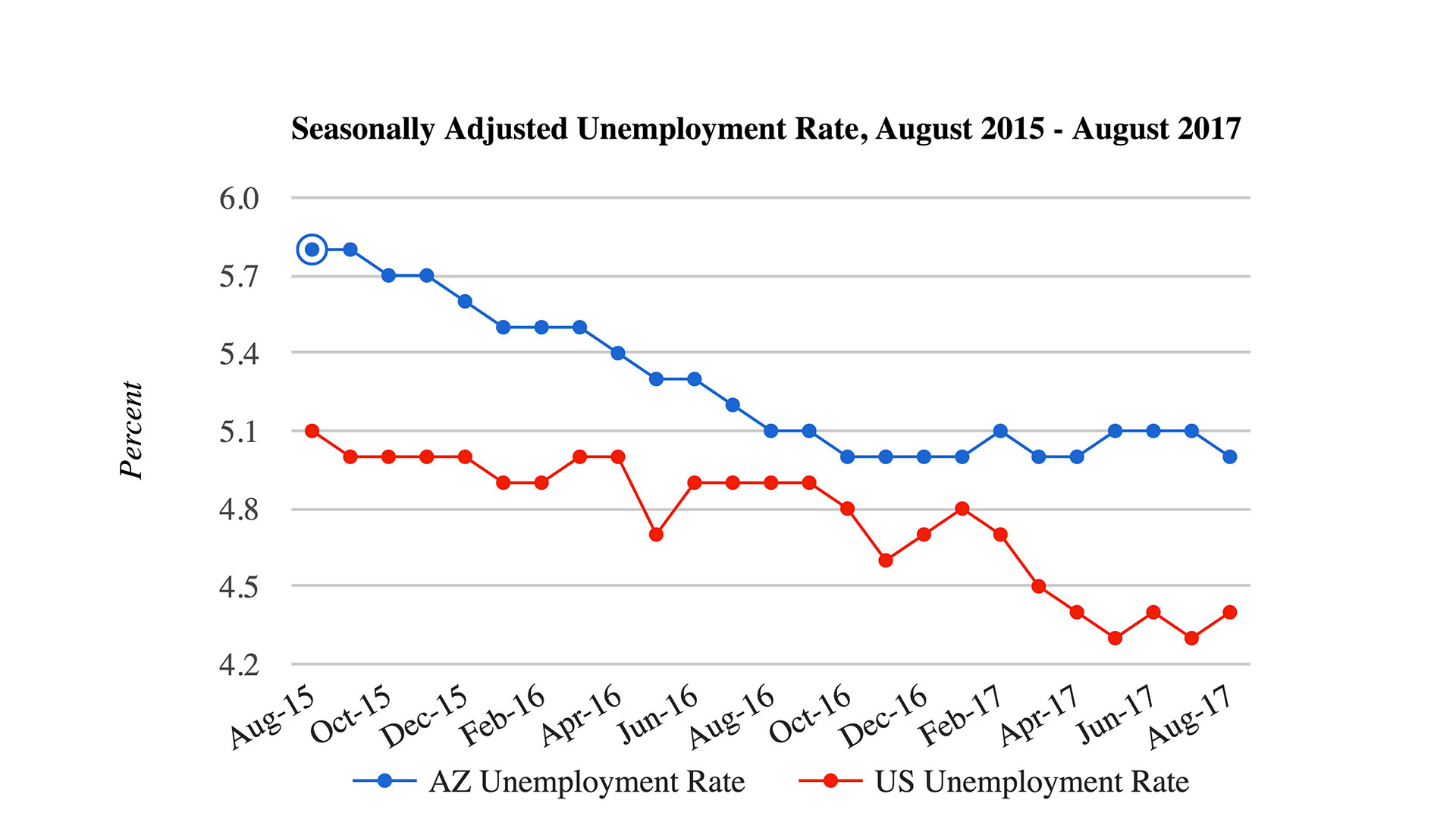 
That’s according to numbers released Thursday by the state Office of Economic Opportunity. The report showed Arizona’s economy added 41,900 jobs last month, smaller than the post-recession average gain of 50,400 jobs.

Arizona continued to perform behind the national pace. U.S. unemployment was measured at 4.4 percent.

“Within Pima County they have been reporting losses in retail trade and professional services," he said. “But they have been seeing positive gains in health care and finance-related employment.”

Eight of 11 economic sectors added jobs, including 32,200 in the government sector, during August, which is when most schools begin their new year.

Arizona Unemployment Ends Year Above National Average October Jobs Report Shows Growth in Arizona, Losses in Tucson Tucson Job Growth Lags Behind Arizona Numbers
By posting comments, you agree to our
AZPM encourages comments, but comments that contain profanity, unrelated information, threats, libel, defamatory statements, obscenities, pornography or that violate the law are not allowed. Comments that promote commercial products or services are not allowed. Comments in violation of this policy will be removed. Continued posting of comments that violate this policy will result in the commenter being banned from the site.