Dollar value of goods moving in and out of the state decreased slightly year-over-year. by Zachary Ziegler Tweet 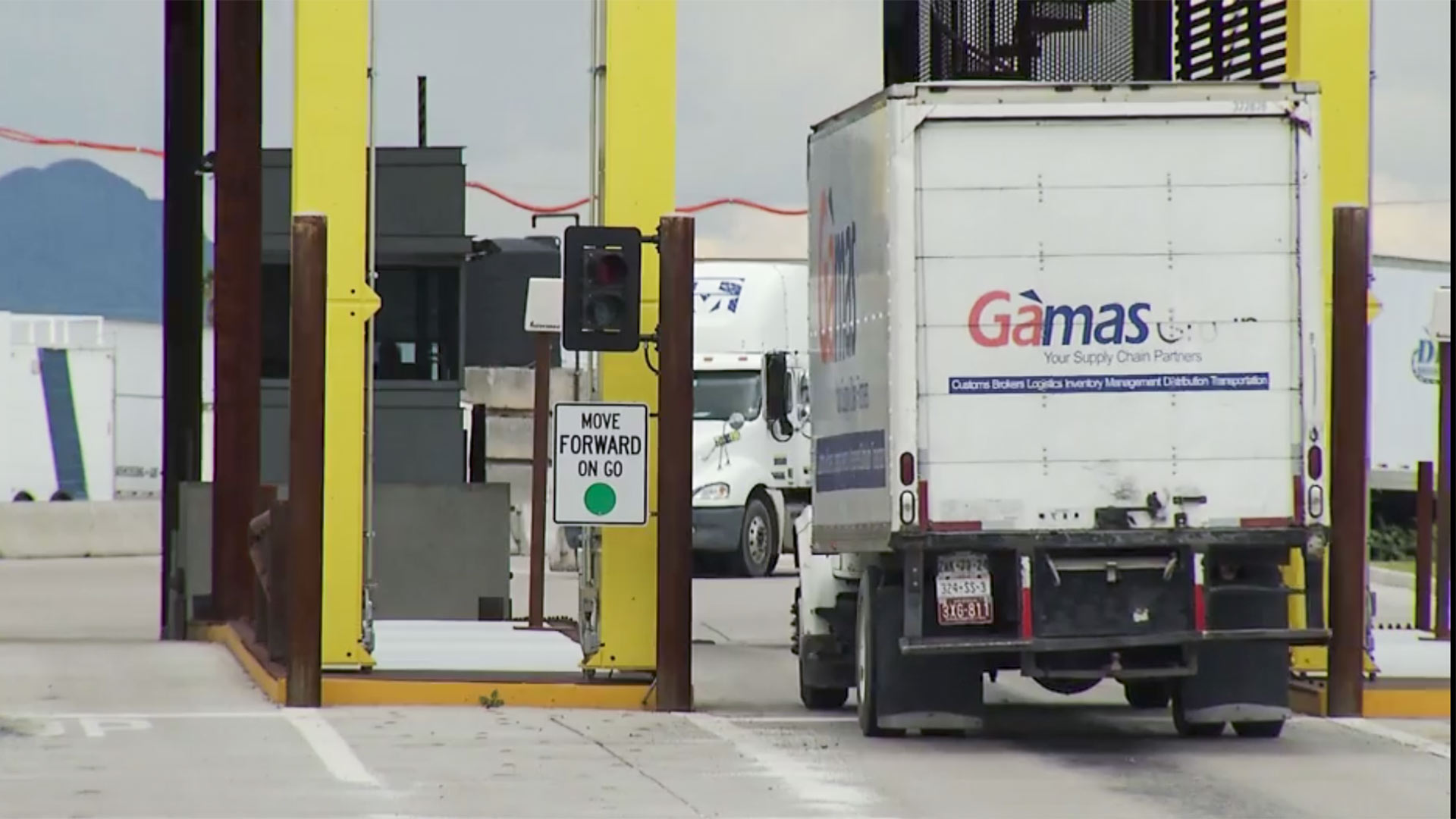 A truck at the Mariposa Port of Entry in Nogales at the Arizona-Mexico border.
AZPM Staff

Census data show the dollar value of goods flowing in and out of Arizona to and from foreign countries decreased in 2016.

Top categories for export include aircraft parts, copper ore and components for electronics.

Goods heading into Arizona carried an estimated value of $19.7 billion, about $100 million lower than the amount that came into the state in 2015 and 2014.

Top imports include aircraft and automobile parts, produce — particularly tomatoes and peppers — and components for electronics.

Mexico remains Arizona's top trade partner. The state's southern neighbor is responsible for 38 percent of the Arizona imports and exports.

Census: Tucson's Growth Strongest Outside City Limits Census: US Migration to Tucson Doubled in 2017 U.S. Trade Office Taking Comment on NAFTA Renegotiation
By posting comments, you agree to our
AZPM encourages comments, but comments that contain profanity, unrelated information, threats, libel, defamatory statements, obscenities, pornography or that violate the law are not allowed. Comments that promote commercial products or services are not allowed. Comments in violation of this policy will be removed. Continued posting of comments that violate this policy will result in the commenter being banned from the site.