Tucsonans ring in the New Year with sub-freezing temps, while the high country rebounds from heavy snows by Mark Duggan Tweet

Tucsonans rang in the New Year with sub-freezing temps, while the high country rebounds from heavy snows. The storm swept a combination of Pacific moisture and arctic air across Arizona. Steady rain and high winds heralded its arrival in Tucson late Wednesday December 29th. By the next morning, official temperatures at the airport were stuck around 39, and snowflakes were seen in parts of the city.

There was no measurable accumulation of snow in Tucson, but Oracle and Vail had enough to cover the ground. Summerhaven, near the top of Mt. Lemmon, received two feet of snow. The Catalina Highway has been re-opened sporadically. For current Catalina Highway conditions, call the Pima County road condition hotline at 520-547-7510. 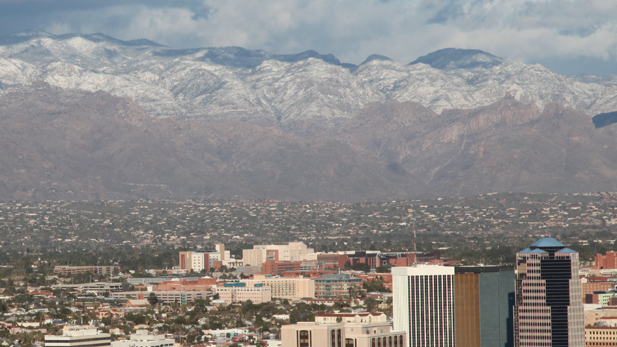 View of the Santa Catalina Mountains as the storm clears.
Mark Duggan

When the moisture moved on, it left in its wake the coldest readings in recent memory. The low at Tucson International Airport was 23 Friday morning, 26 New Year's morning and 27 Sunday the 2nd.

Northern Arizona and the White Mountains were hit particularly hard by the storm. It clogged highways with deep snow and stranded travelers by the dozens. The Arizona Department of Transportation closed Interstates 17 and 40, as well as many state highways along the Mogollon Rim, during the peak of the storm.

ADOT reports that all major roads in Arizona have re-opened. 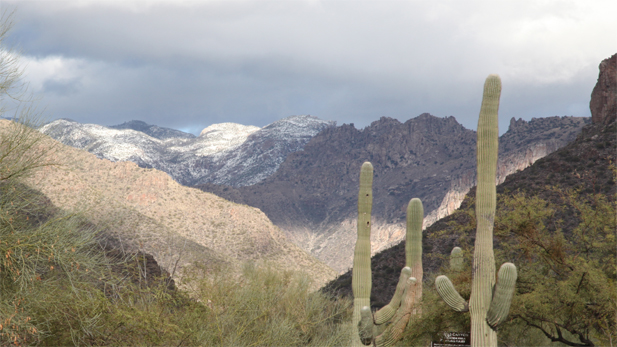 Snow forms the backdrop for a winter scene at Sabino Canyon.
Mark Duggan 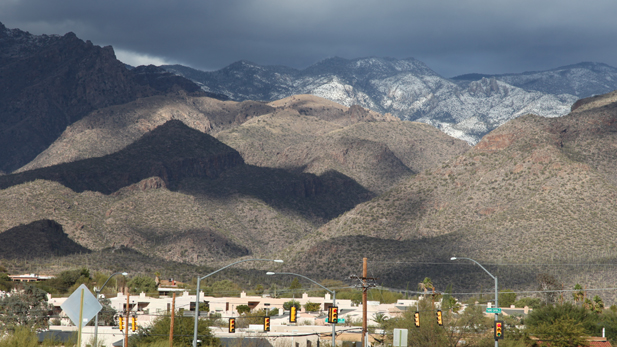 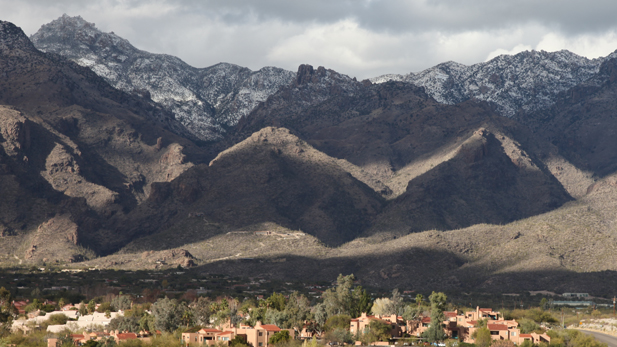 Pima County tourism saw strong rebound in 2021 TUSD school year to start with staff shortages and security upgrades Convictions won’t be tossed in deadly 1970 Tucson hotel fire
By posting comments, you agree to our
AZPM encourages comments, but comments that contain profanity, unrelated information, threats, libel, defamatory statements, obscenities, pornography or that violate the law are not allowed. Comments that promote commercial products or services are not allowed. Comments in violation of this policy will be removed. Continued posting of comments that violate this policy will result in the commenter being banned from the site.