A ruling on beer and wine at the basketball arena has been delayed until March over concerns of a nearby resident. by Brandon Mejia Tweet 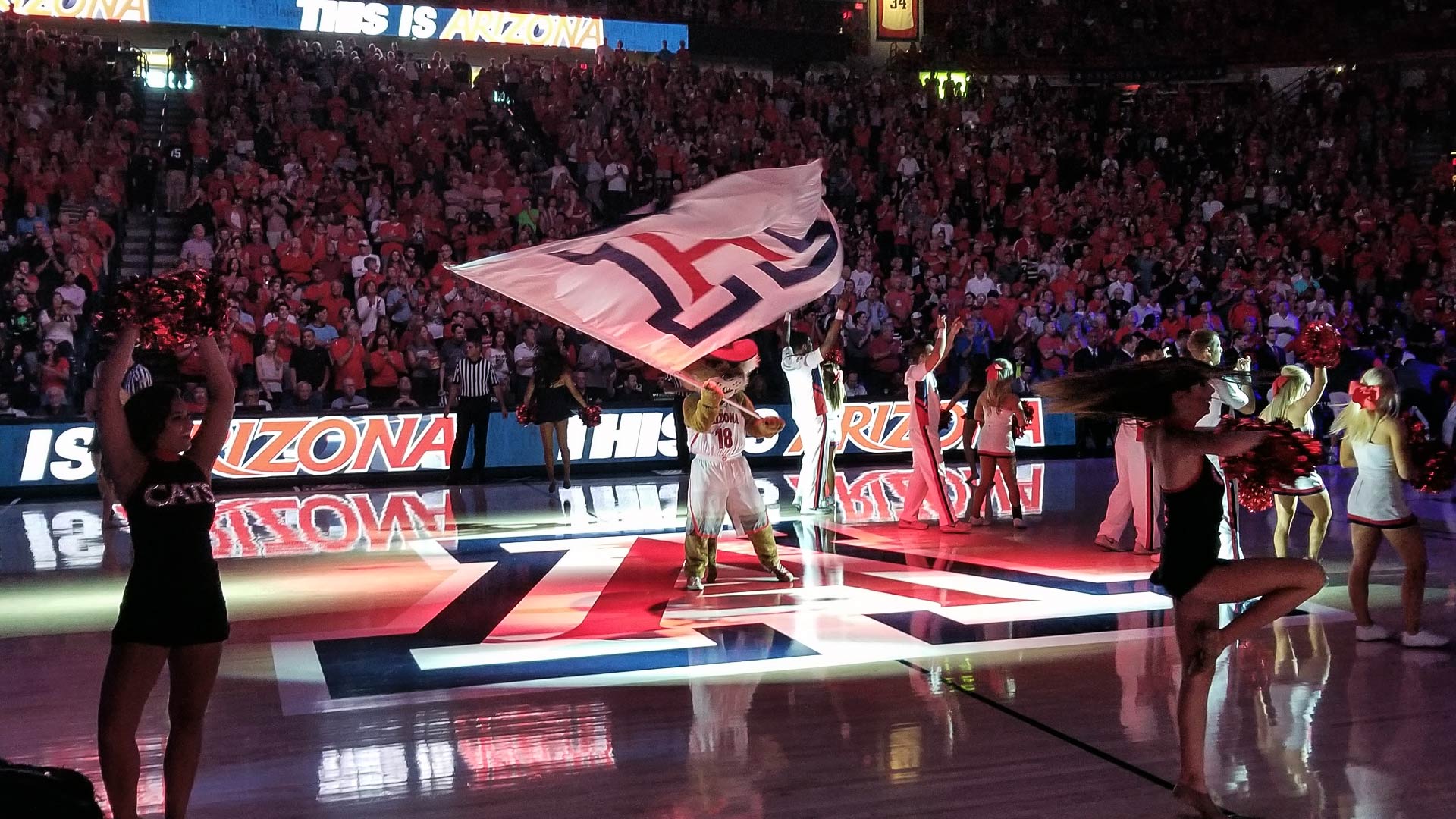 Wilbur the Wildcat waves a UA "Block A" flag before an exhibition match between the University of Arizona men's basketball team and Chico State on Nov 5, 2017.
AZPM Staff

A Tucson man is attempting to block a proposed liquor license for the McKale Center, the home of the University of Arizona basketball team, and the Arizona Department of Liquor Licenses and Control is now delaying the decision for approval.

The Tucson City Council approved the UA athletic department's request for a liquor license back in December. The next step in the process to finalize the approval is getting the go-ahead from the Arizona Department of Liquor.

In an email to the department, a Tucson man who lives within a mile from McKale Center expressed concerns about having liquor sold at the arena, saying approval could lead to crowd violence, liquor sales to minors and possible lawsuits.

University Athletics expected a ruling to be issued by the end of January. That has now been delayed until at least March so the liquor board can consider the concerns raised by the nearby resident

Associate Vice President for the university, Joel Hauff, represented Arizona Athletics during the City Council hearing in December. When asked how selling alcohol at McKale could change security measures he said there have not been any safety issues at baseball or hockey games, where sales are already permitted.

ASU Expanding Beer, Wine Sales at Sun Devil Stadium State Board Approves McKale Center Liquor License How the UA Affords High-Dollar Contracts for Coaches
By posting comments, you agree to our
AZPM encourages comments, but comments that contain profanity, unrelated information, threats, libel, defamatory statements, obscenities, pornography or that violate the law are not allowed. Comments that promote commercial products or services are not allowed. Comments in violation of this policy will be removed. Continued posting of comments that violate this policy will result in the commenter being banned from the site.