If finalized, the building would be one of the tallest in Tucson. by Brandon Mejia Tweet 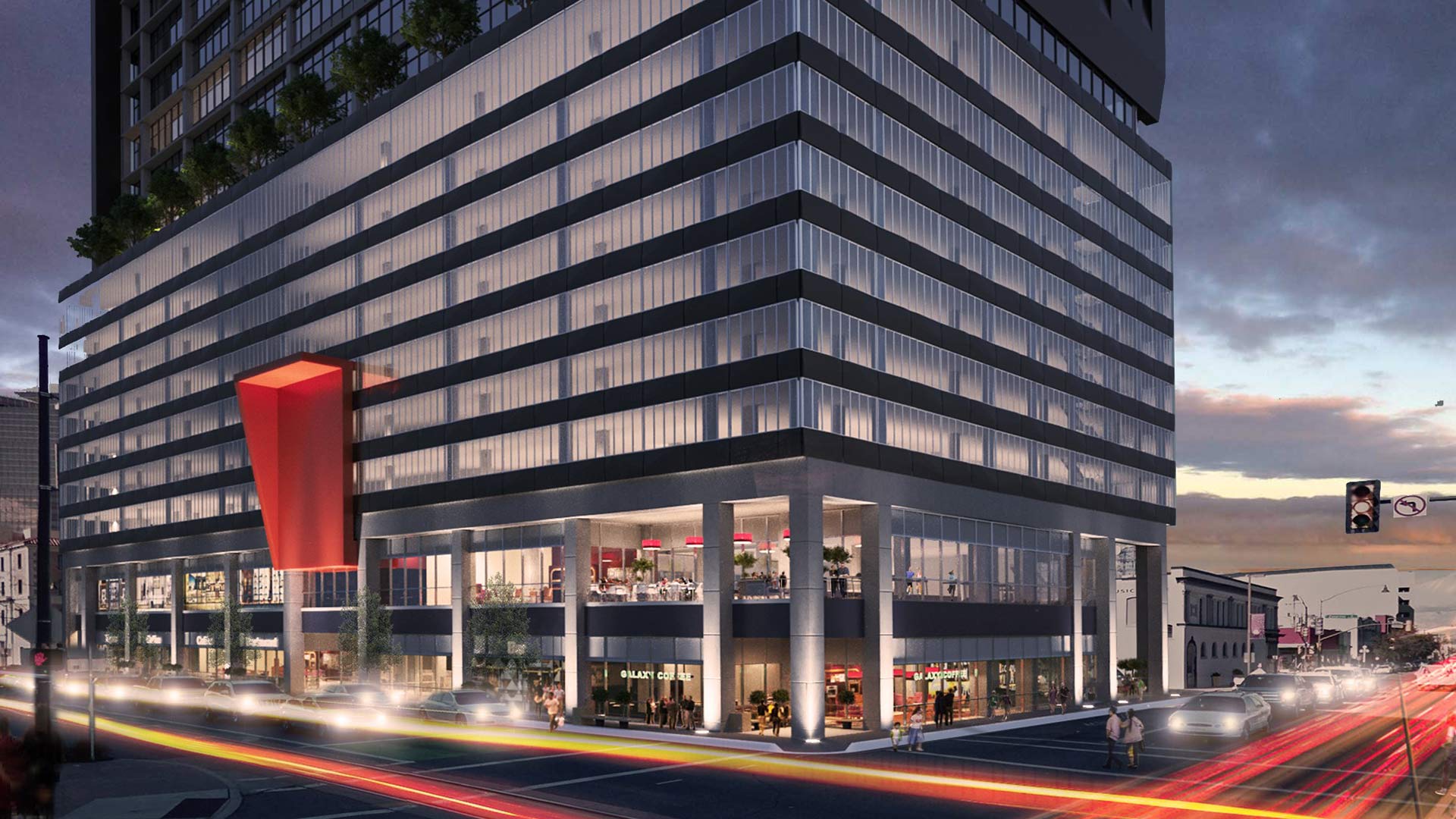 An image depicting a building proposal to replace the parking lot on Broadway and Sixth Avenue.
Courtesy of Rio Nuevo and JE Dunn

One proposal to put a building where a parking lot stands in downtown Tucson is coming close to being finalized.

JE Dunn Construction, based in Missouri, has the highest-ranked proposal for the lot on Broadway and Sixth Avenue, currently being negotiated by the company and the Rio Nuevo board.

At a press conference Tuesday, Todd Freed, vice president of construction for JE Dunn, explained the building would stand more than 300 feet high, making it one of the tallest buildings in downtown Tucson.

Freed says the building, which would sit across the street from the Tucson Electric Power building, has the potential to bring in 1,250 new jobs and a projected sales tax revenue of $2.2 million for Tucson. The project is budgeted at $110 million.

Rio Nuevo and JE Dunn have entered final negotiations on a development agreement.

Construction on $35M West-Side Development Could Start in October Bill to Extend Rio Nuevo Passes Arizona Senate Arizona House Approves Rio Nuevo Extension
By posting comments, you agree to our
AZPM encourages comments, but comments that contain profanity, unrelated information, threats, libel, defamatory statements, obscenities, pornography or that violate the law are not allowed. Comments that promote commercial products or services are not allowed. Comments in violation of this policy will be removed. Continued posting of comments that violate this policy will result in the commenter being banned from the site.