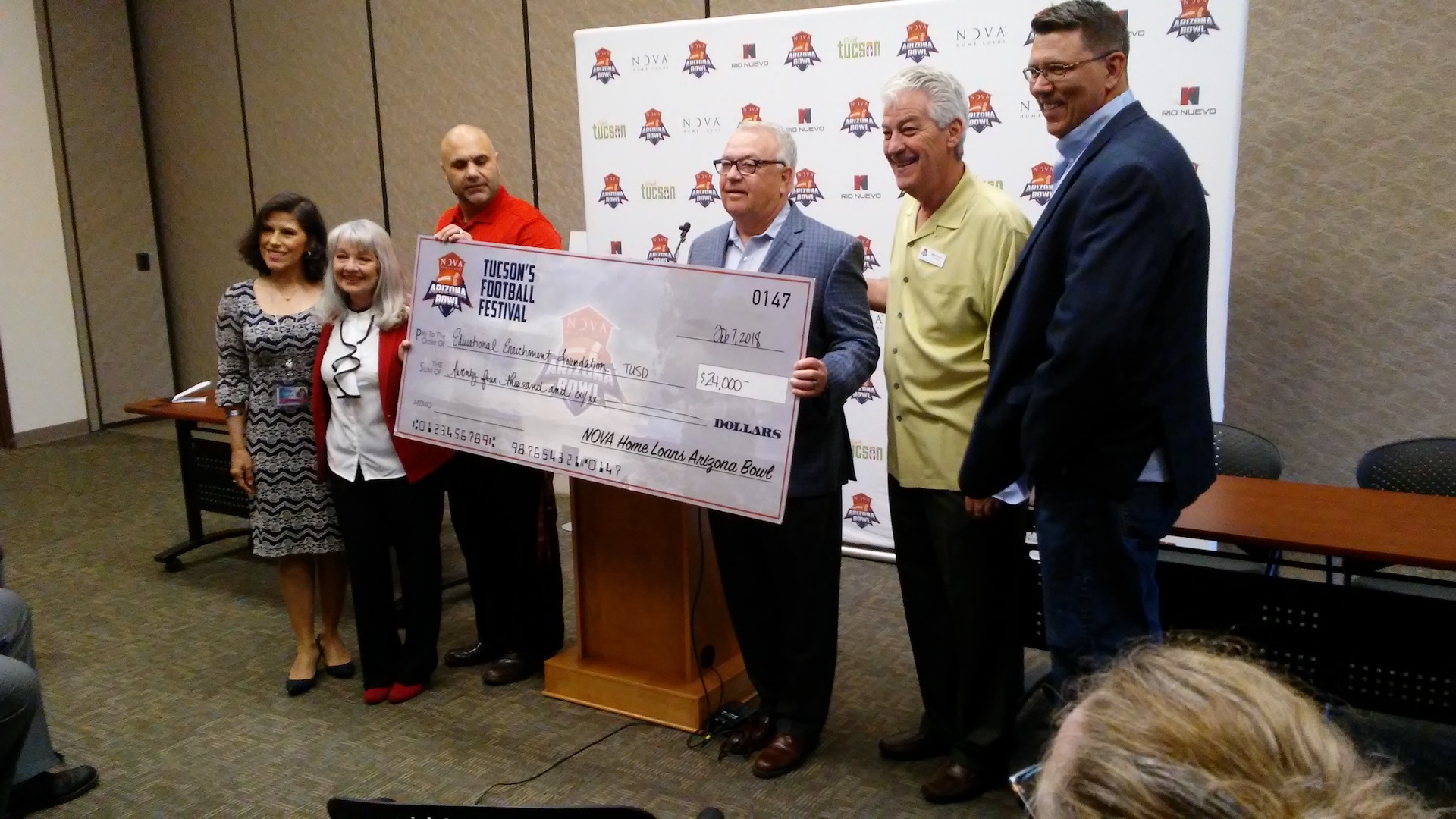 The city of Tucson was the big winner in this year’s Arizona Bowl football game, according to organizers, who released final economic impact numbers from the Dec. 29 event.

Arizona Bowl officials measured consumer spending during the three days leading up to and including game day between New Mexico State and Utah State universities, and determined the economic impact for the Tucson area was $30 million — $9 million more than what was generated by the 2016 event.

"When you have such a philanthropic, good-intentioned event, and when it starts having success, people really gravitate to it," he said.

Among the other winners from the Arizona Bowl are school teachers. Organizers announced total donations of $50,000 dollars to teachers' foundations at Amphitheater School District and Tucson Unified School District. The money came from net proceeds gathered at the game.

Organizers say the city generated $8.2 million dollars in hotel room revenue, an increase over the 2016 number by almost 27 percent. Money generated from game night hotel stays showed an even stronger increase, up by 67 percent over 2016.

Update: Arizona Bowl canceled Arizona Bowl Organizers Forecast Economic Touchdown for Tucson Holidays Send Football Fans "Bowling"
By posting comments, you agree to our
AZPM encourages comments, but comments that contain profanity, unrelated information, threats, libel, defamatory statements, obscenities, pornography or that violate the law are not allowed. Comments that promote commercial products or services are not allowed. Comments in violation of this policy will be removed. Continued posting of comments that violate this policy will result in the commenter being banned from the site.