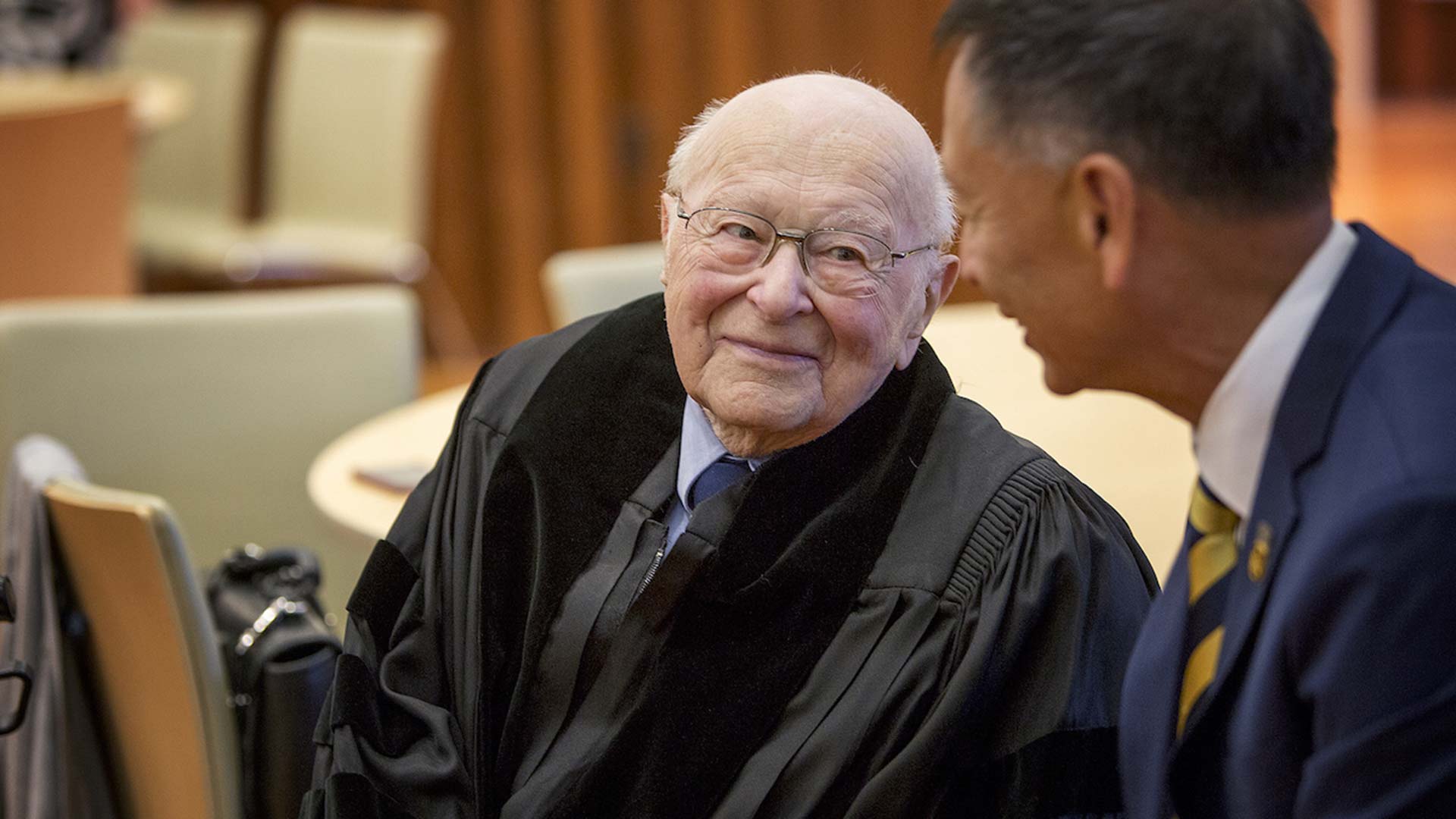 Koffler, a distinguished microbiologist and biochemist, led the university during a period of significant growth from 1982 to 1991.

Koffler was born in Austria in 1922 and emigrated to the United States at age 17, at the outbreak of the Second World War.

Koffler is recognized for his contributions to undergraduate education, such as expanding the general education and honors programs, growing student enrollment by 16 percent, and creating the first online student information system.

Following his retirement, Koffler conceived of and helped develop Academy Village, a retirement community designed to provide physical and intellectual stimulation for its residents.

He also became a digital artist at age 90, using an iPad to create abstract paintings. His painting were featured at several showings, including two at the university.

Koffler is survived by his wife Phyllis, whom he met at a UA concert in 1946, and to whom he was married for 71 years.

Man Found Guilty in 2016 Death of Former Supervisor Ann Day State-University Partnership Formed to Fight Opioid Crisis UA President Starts Process for New University 'Roadmap'
By posting comments, you agree to our
AZPM encourages comments, but comments that contain profanity, unrelated information, threats, libel, defamatory statements, obscenities, pornography or that violate the law are not allowed. Comments that promote commercial products or services are not allowed. Comments in violation of this policy will be removed. Continued posting of comments that violate this policy will result in the commenter being banned from the site.