Grassroots campaign will see a main event in Phoenix and demonstrations in other cities. by Associated Press Tweet 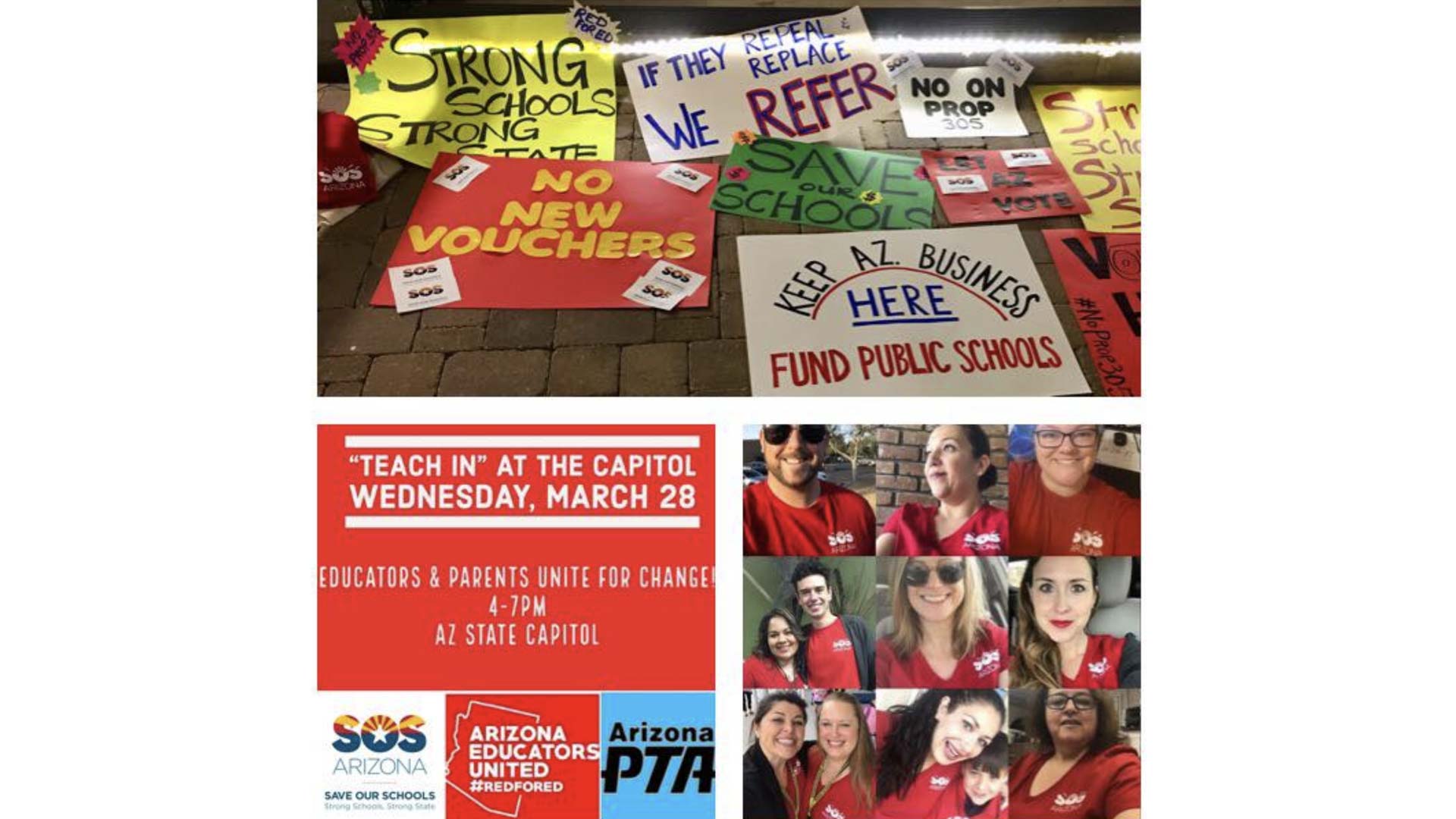 Organizations and advocates posted images on social media in preparation for events planned for Wednesday, March 28, 2018 demanding higher teacher pay. Groups included Save Our Schools and Arizona Educators United.
Save Our Schools via Facebook

PHOENIX — Arizona teachers and education advocates are planning a day of action across the state to highlight low teacher pay and school funding.

The grassroots group Arizona Educators United and a group called Save Our Schools Arizona, which forced a vote on a school voucher expansion, plan events in Phoenix, Tucson and seven other cities Wednesday.

The main event is at the state Capitol in Phoenix. The educators group plans to lay out its demands for teacher pay increases and boosts to other school funding.

Arizona teachers are among the lowest paid in the nation.

Arizona Teachers Group Nearing Walkout Over Low Pay Viral Pay Stubs and #RedforEd: Arizona Teachers Speak Out Parents, Employees Oppose Closure as MUSD Board Mulls Thornydale Options
By posting comments, you agree to our
AZPM encourages comments, but comments that contain profanity, unrelated information, threats, libel, defamatory statements, obscenities, pornography or that violate the law are not allowed. Comments that promote commercial products or services are not allowed. Comments in violation of this policy will be removed. Continued posting of comments that violate this policy will result in the commenter being banned from the site.