Flu Reports Still Active: Not Too Late to Get Vaccine 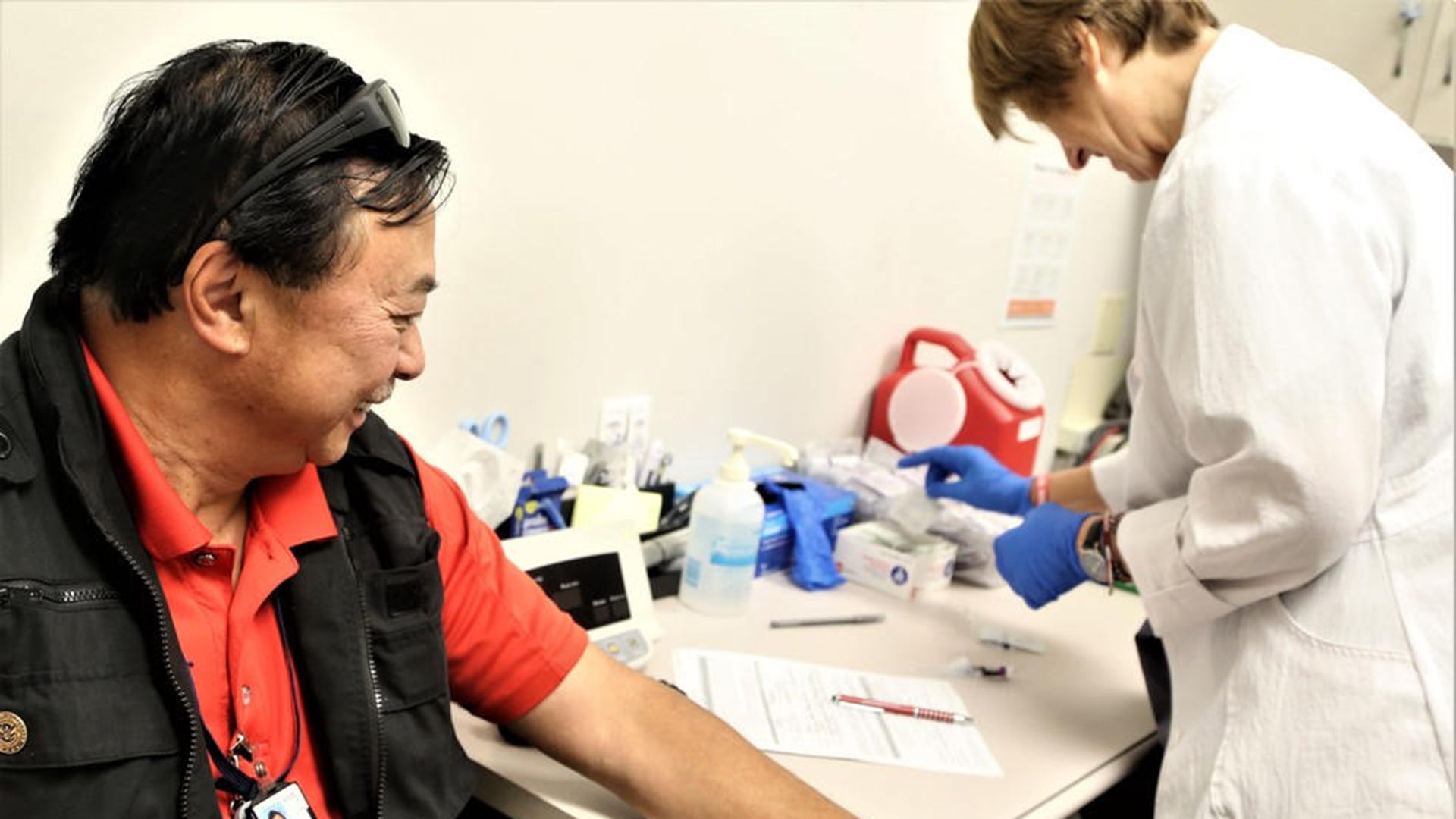 A man gets ready to receive a flu shot, 2016.
FEMA/Rossyveth Rey-Berrios

The Arizona Department of Health Services is seeing a second strand of flu now, midway through the flu season.

While the number of flu cases have generally dropped since December, officials have noted a recent increase, with 65 more cases reported this week than last. Nearly half of those were reported in Pima County.

Every season the state tends to see one strain dominant in the beginning and another strain dominate at the end, according to Cara Christ, director for the Arizona Department of Health Services.

"We are starting to see that 70 percent of our cases are trending now to be influenza B, whereas earlier they were influenza A," Christ said." So it's not too late to go and get your influenza vaccine."

She says this year's influenza B strain is a very good match for what's in the vaccine, unlike earlier this season, when the shot was about 10 percent effective.

Biologist: This Year's Flu Season to be More Damaging Than 2009 Flu Reports are Down, But Flu Season Isn't Over Yet Episode 144: Sick Leave Takes Effect in Arizona
By posting comments, you agree to our
AZPM encourages comments, but comments that contain profanity, unrelated information, threats, libel, defamatory statements, obscenities, pornography or that violate the law are not allowed. Comments that promote commercial products or services are not allowed. Comments in violation of this policy will be removed. Continued posting of comments that violate this policy will result in the commenter being banned from the site.