A tied vote leaves the school open despite years of declining enrollment. by Brandon Mejia Tweet 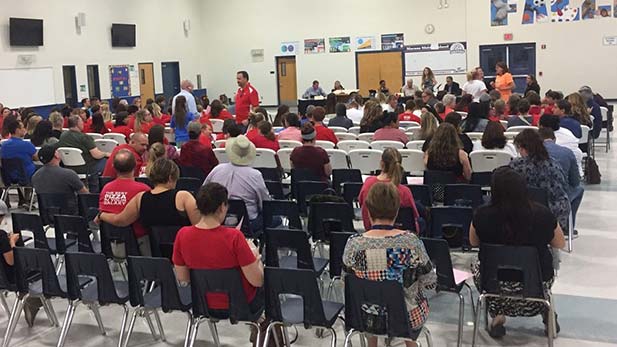 The board was evenly split Thursday night, and the tied vote meant the school will remain open, despite declining enrollment.

Board member Dan Post said he voted to keep the school open because of a lack of detail about what would happen with the property if the school closed.

The Thornydale Thunderbirds have been around since 1974. The school was designed to hold 600 students, but has about half that number. The board and superintendent for Marana schools proposed the closure because enrollment numbers have been declining since 1994. 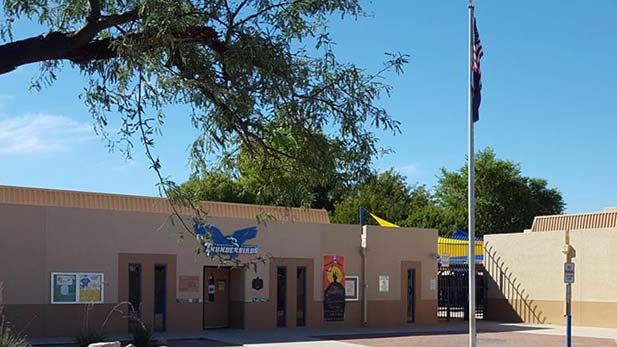 "Word's out now. We're a great school and having amazing kids," special needs teacher Cori Bravo said. "But our job now is to go out and get more kids, we need more kids."

"The reality is the school needs 300-400 more students," said Carlson, who voted with Maribel Lopez to close the school.

The school has 307 students enrolled, 117 of whom are open enrolled, meaning they come from outside the school boundaries.

Marana, Other Districts, to Go Beyond 9% Teacher Raises After the Walkout: Most School Districts Won't Extend School Year Education Groups Still Considering Walkout
By posting comments, you agree to our
AZPM encourages comments, but comments that contain profanity, unrelated information, threats, libel, defamatory statements, obscenities, pornography or that violate the law are not allowed. Comments that promote commercial products or services are not allowed. Comments in violation of this policy will be removed. Continued posting of comments that violate this policy will result in the commenter being banned from the site.