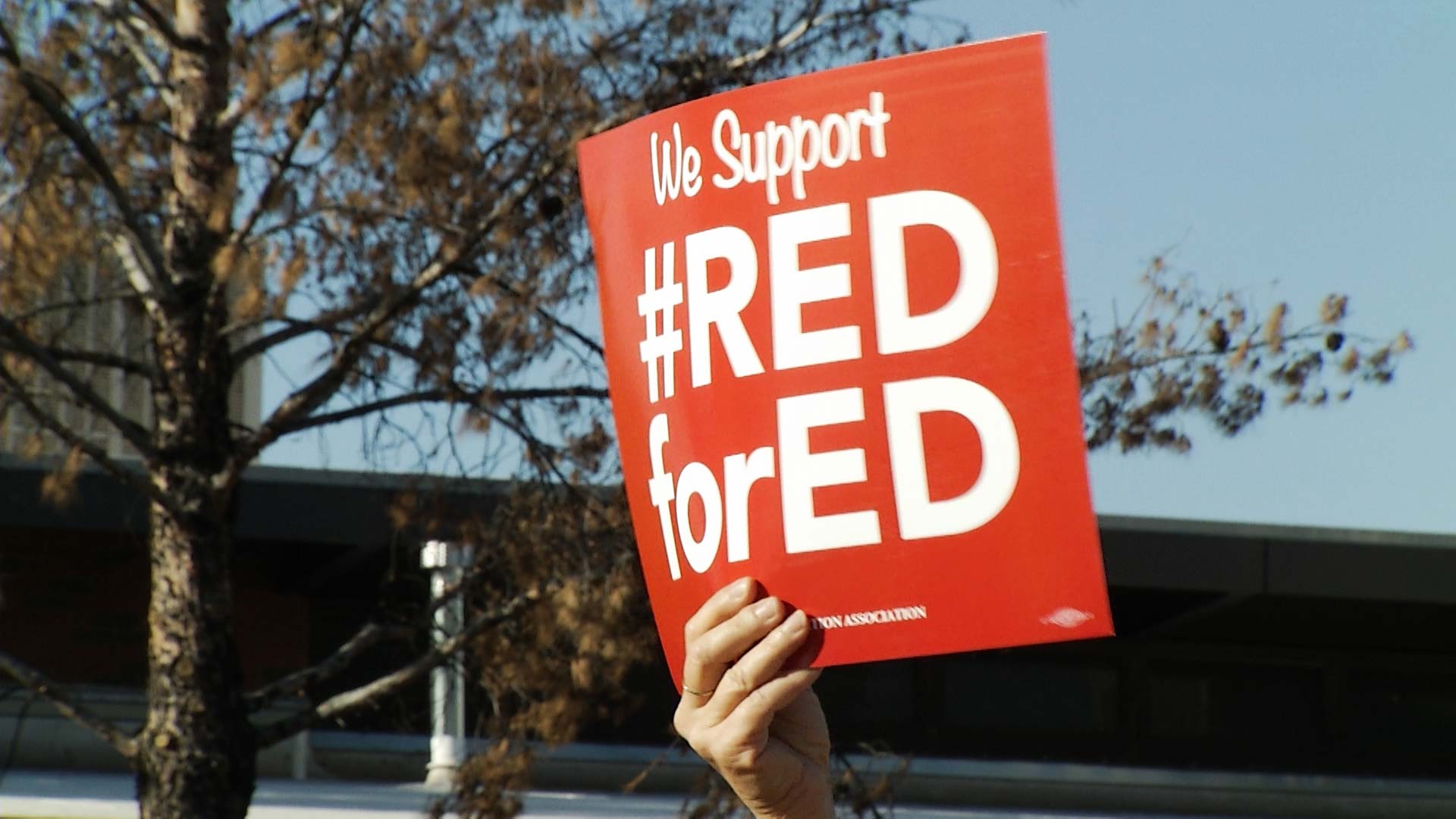 PHOENIX — Arizona teachers have voted to walk off the job to demand increased school funding, marking a key step toward a first-ever statewide strike that builds on a movement for higher pay in other Republican-dominant states.

The vote was held following weeks of growing protests and an offer from Republican Gov. Doug Ducey to give teachers 20 percent raise by 2020. Many teachers kept up the pressure at schools and on social media, saying the plan failed to address much-needed funding for classrooms and support staff.

"The worst possible thing we could do is not take action right now," said Noah Karvelis, an organizer for Arizona Educators United.

Around 57,000 teachers submitted ballots and 78 percent voted in favor of the walkout, according to the Arizona Education Association.

Teachers on both sides of the walkout vote have shared concerns. It could pose child care difficulties for thousands of families and leave teachers at risk of losing their credentials. How a strike could play out in more than 200 public school districts will vary but could leave hourly workers like custodians without their paychecks.

Beth Simek, president of the influential Arizona PTA, said she feels the pain of teachers who are torn. Some are concerned about the effect on support staff and what kids might do without school, she said.

"I know they're toiling with that," Simek said. "I also know they need these raises."

Parents and communities already have been making plans for child care, with some stay-at-home parents stepping up to watch children so other parents can work, she said. Local parent-teacher associations also are putting together food boxes for kids who rely on free breakfast and lunch at school.

"There's been a lot of mobilization by the community to prepare," Simek said.

Teachers themselves could face consequences in this right-to-work state, where unions do not collectively bargain with school districts and representation is not mandatory. The Arizona Education Association has warned its 20,000 members about a 1971 Arizona attorney general opinion saying a statewide strike would be illegal under common law and participants could lose their teaching credentials.

The logistics of a walkout will vary by district. The state's largest, Mesa Public Schools in suburban Phoenix, would close and hourly staffers would not be paid, Superintendent Michael Cowan has said.

The Dysart School District west of Phoenix would "make every effort" to avoid closing schools," but they would have to shut down if too few staff members show up, Superintendent Gail Pletnick has told parents.

Sara Bresnahan, a spokeswoman for the Phoenix Elementary School District, said a walkout is "uncharted territory" but its schools would try to stay open for as many students as possible.

"Some kids will be coming to school and really need a place to be," she said.

Arizona jumped into a movement for higher teacher pay that started in West Virginia, where a strike garnered a raise, and spread to Oklahoma, Kentucky and most recently Colorado.

In response, the governor offered 20 percent raises that drew support from the business community and some school organizations. But others were concerned about finding the money to cover a plan that would cost about $650 million when fully implemented.

The Arizona PTA pulled its support for the proposal, saying its analysis showed the finances were not realistic. An education advocacy group, Save Our Schools Arizona, said it's worried the plan isn't a "sustainable or comprehensive" way to reinvest in schools.

Legislative budget analysts this week predicted a $265 million deficit in 2020 if the governor's plan is approved. Ducey's office strongly disputes that analysis, saying much of the funding comes from revenue increases.

"Our economy is growing, and rather than government banking away the taxpayers' money, let's get these dollars to our teachers," Ducey spokesman Daniel Scarpinato said in an email Thursday.

Nancy Maglio, a teacher at Magee Middle School in southern Arizona's Tucson Unified School District, said teachers are motivated to walk out and demand funding because of what it means for their students.

"None of us went to school, none of us spent money on tuition, on books, none of us spend our time and our energy to not care," she said. "We went into a field where caring is mandatory."

While Maglio voted in support of the walkout, it wasn't without conflicted feelings.

Voter Registration Settlement Could Affect State Election Turnout How Does Your District Plan to Handle a Teacher Walkout? Poll: Amid Strikes, Americans Back Teacher Raises
By posting comments, you agree to our
AZPM encourages comments, but comments that contain profanity, unrelated information, threats, libel, defamatory statements, obscenities, pornography or that violate the law are not allowed. Comments that promote commercial products or services are not allowed. Comments in violation of this policy will be removed. Continued posting of comments that violate this policy will result in the commenter being banned from the site.