Why Are Arizona Teachers Walking Out and Not Striking?

A Tucson employment lawyer says it's because teachers demand action from the Legislature, not employers. by Brandon Mejia Tweet 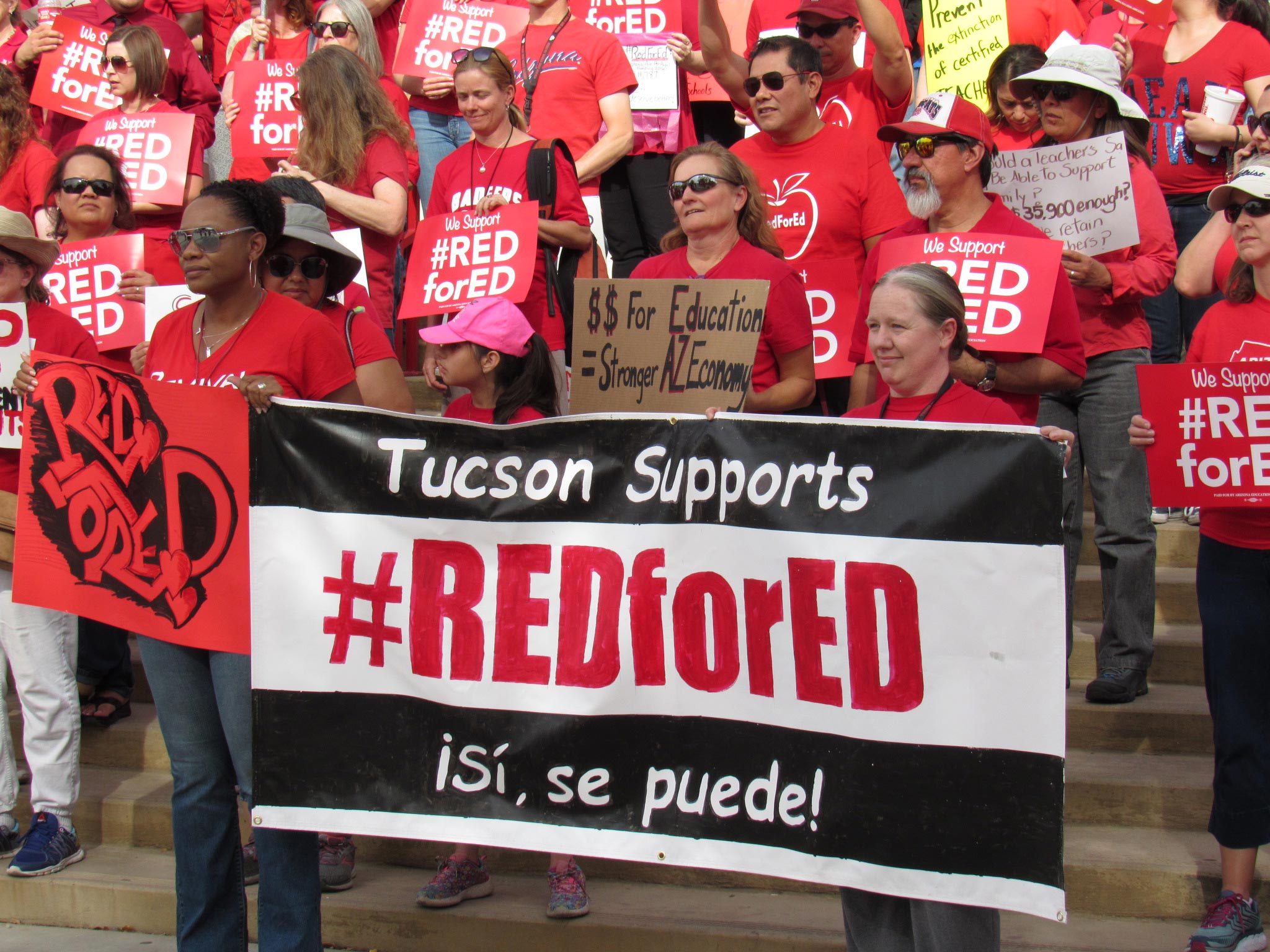 Teachers gathering on the steps at Tucson High school before their rally downtown.
Brandon Mejia

Thousands of teachers in Arizona will not show up to class on Thursday, but teachers are calling it a walkout and not a strike

Because the teachers are demanding action from the Legislature and not their employers, the school districts, their actions do not qualify as a strike, according to Barney Holtzman, a lawyer who specializes in employment law.

"Their actions are not against their superintendents and not against their school boards. But they are against the state Legislature and the governor," Holtzman said. "As long as their employers are OK with them doing that, I don’t think you would fall into the realm of a strike."

A 1971 opinion by then-state Attorney General Gary Nelson declared teacher strikes illegal and said teachers who strike are at risk of losing their jobs and their teaching credentials, according to an Arizona Capitol Times report, but that opinion has never been tested in court.

More than half a dozen school districts in Pima County have announced they will not hold classes Thursday because of the teacher walkout.

Teachers throughout the state plan to walk out Thursday to demand higher pay and more funding for school education. School counselors have also voted to join the walkout.

After the Walkout: Most School Districts Won't Extend School Year Ed Group President: Walkout Duration Depends on Response Some Charter School Teachers are #RedForEd, Too
By posting comments, you agree to our
AZPM encourages comments, but comments that contain profanity, unrelated information, threats, libel, defamatory statements, obscenities, pornography or that violate the law are not allowed. Comments that promote commercial products or services are not allowed. Comments in violation of this policy will be removed. Continued posting of comments that violate this policy will result in the commenter being banned from the site.