Organization aims to advance the national discussion that arose in the wake of the Jan. 8 shooting and develop constructive solutions by Kimberly Craft Tweet 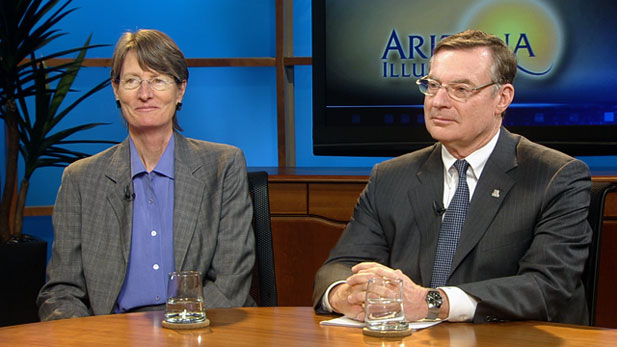 Institute director Brint Milward and co-director Sally Rider join the Arizona Illustrated studio to talk about the idea behind the institute--first proposed by Arizona Board of Regents vice chair Fred DuVal, and inspired by the discussion that followed the Jan. 8 shooting--and its mission to connect people with diverse viewpoints and offer a venue for rigorous debate.

US to fill border wall gaps at open area near Yuma Pima County increases preschool and childcare assistance The Buzz heads back to school
By posting comments, you agree to our
AZPM encourages comments, but comments that contain profanity, unrelated information, threats, libel, defamatory statements, obscenities, pornography or that violate the law are not allowed. Comments that promote commercial products or services are not allowed. Comments in violation of this policy will be removed. Continued posting of comments that violate this policy will result in the commenter being banned from the site.