Online retailer will employ up to 1,500 people. by Steve Jess Tweet 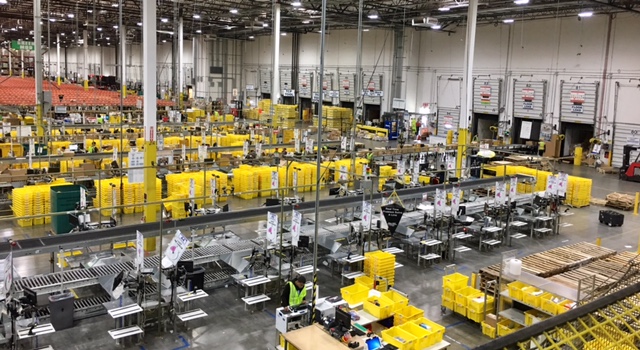 The online retailer Amazon is bringing a fulfillment center with 1,500 jobs to Tucson. A news release Wednesday afternoon confirmed reports circulating in Tucson for the last two months that Amazon was considering a center on South Kolb Road, as part of the Port of Tucson.

The Port of Tucson location was a key to attracting the company, said Laura Shaw of the local development group Sun Corridor. The organization helped negotiate the deal.

"It's a great strategic location but in addition to that it's a multi-modal facility. They have rail access, a lot of trucks going in and out of there, so it's really a natural spot for Amazon," Shaw said.

Tucson is already home to similar fulfillment centers for Target and Home Goods. Shaw said Amazon's decision may increase momentum for other retailers to locate here.

"When you've got three big, big names you start to have critical mass, and that's just going to help us to talk to more and more companies like Amazon," Shaw said.

Amazon's Tucson warehouse will be the retail giant's fifth in Arizona, when it opens in a little over a year.

The company's news release credited Pima County and Sun Corridor with playing a role in its decision.

Vail Unified Asks Voters to Approve $61.3 Million Bond For More Schools Jobs Report Shows Growth in Tucson, State Southern Arizona Business Group Hopes Saguaro Can Prick Amazon's Interest
By posting comments, you agree to our
AZPM encourages comments, but comments that contain profanity, unrelated information, threats, libel, defamatory statements, obscenities, pornography or that violate the law are not allowed. Comments that promote commercial products or services are not allowed. Comments in violation of this policy will be removed. Continued posting of comments that violate this policy will result in the commenter being banned from the site.