"Any Act of Violence Has Many Victims."

Arizona Spotlight examines the impact of gun violence in the Tucson community, and domestic assault shooting victim Heather and her mother Carey share their story of survival and hope. by Mark McLemore Tweet 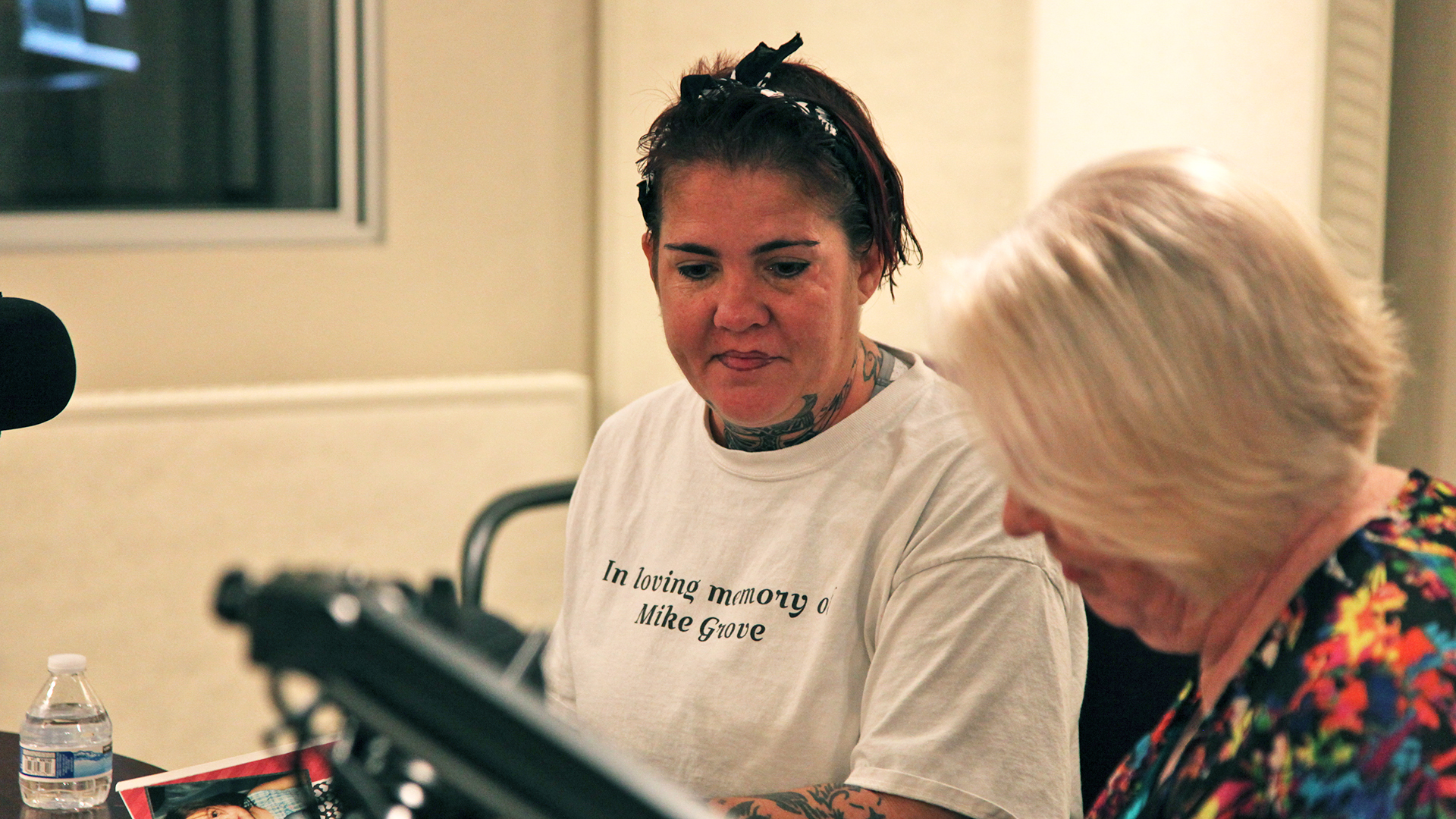 Heather and mom Carey are traveling the long road of recovery together.
Carolyn Yaussy

Featured on the August 24th, 2018 edition of ARIZONA SPOTLIGHT with host Mark McLemore:

In a special episode, Arizona Spotlight looks at the impact of gun violence on the Tucson community in three ways:

To help with Heather's medical and legal bills, there is a benefit Friday, August 24th at 8 PM at The Rialto Theatre in downtown Tucson. The headliner is Heather's uncle, country music and Broadway performer Gary Morris, joined by singer / songwriter Lisa Morales, who is originally from Tucson. All proceeds from the concert will go to help Heather in her recovery, and her family has a GoFundMe page called "Heather Walks". 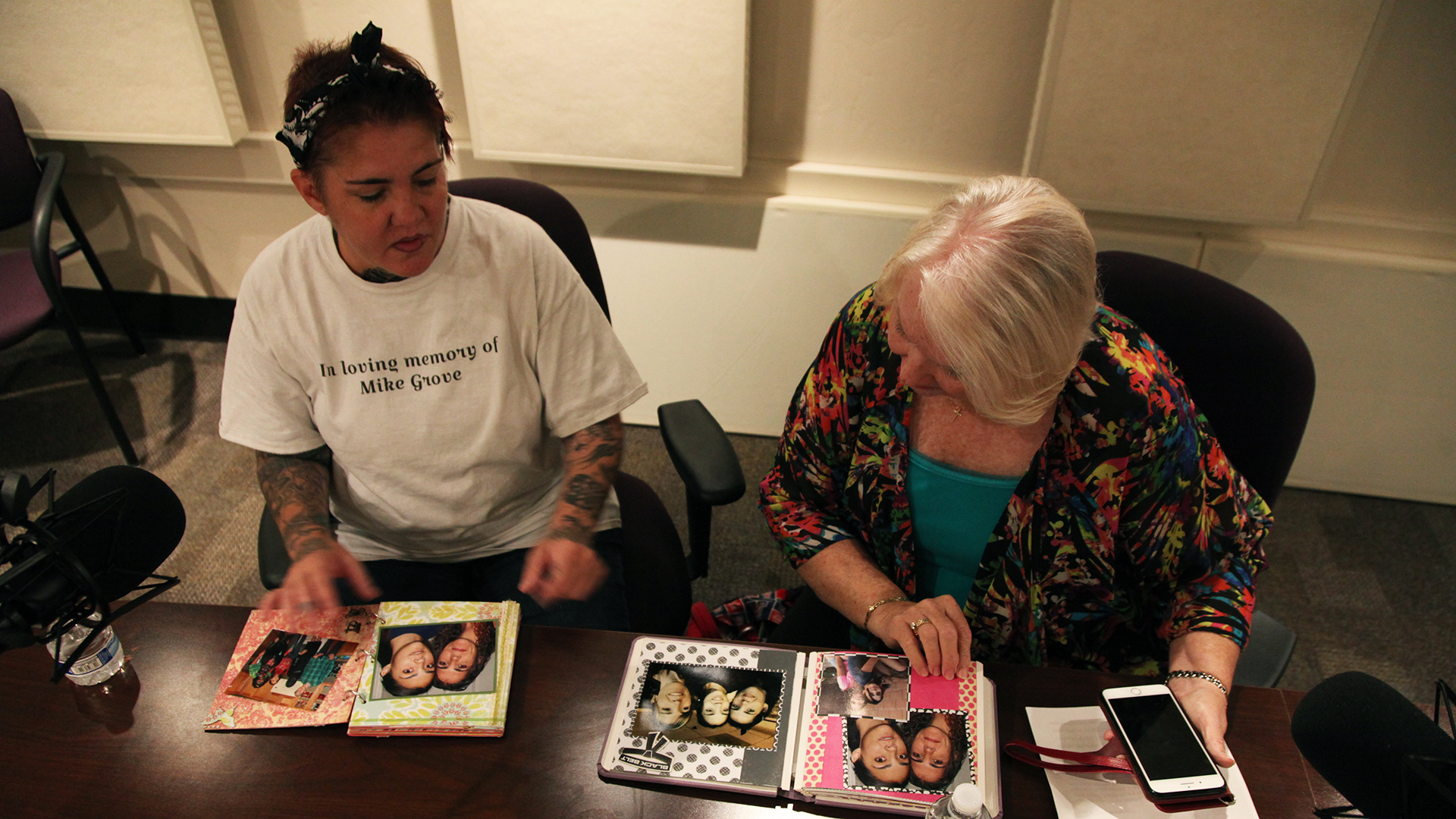 Heather and Carey look through scrapbooks together in the AZPM radio studio.
Carolyn Yaussy 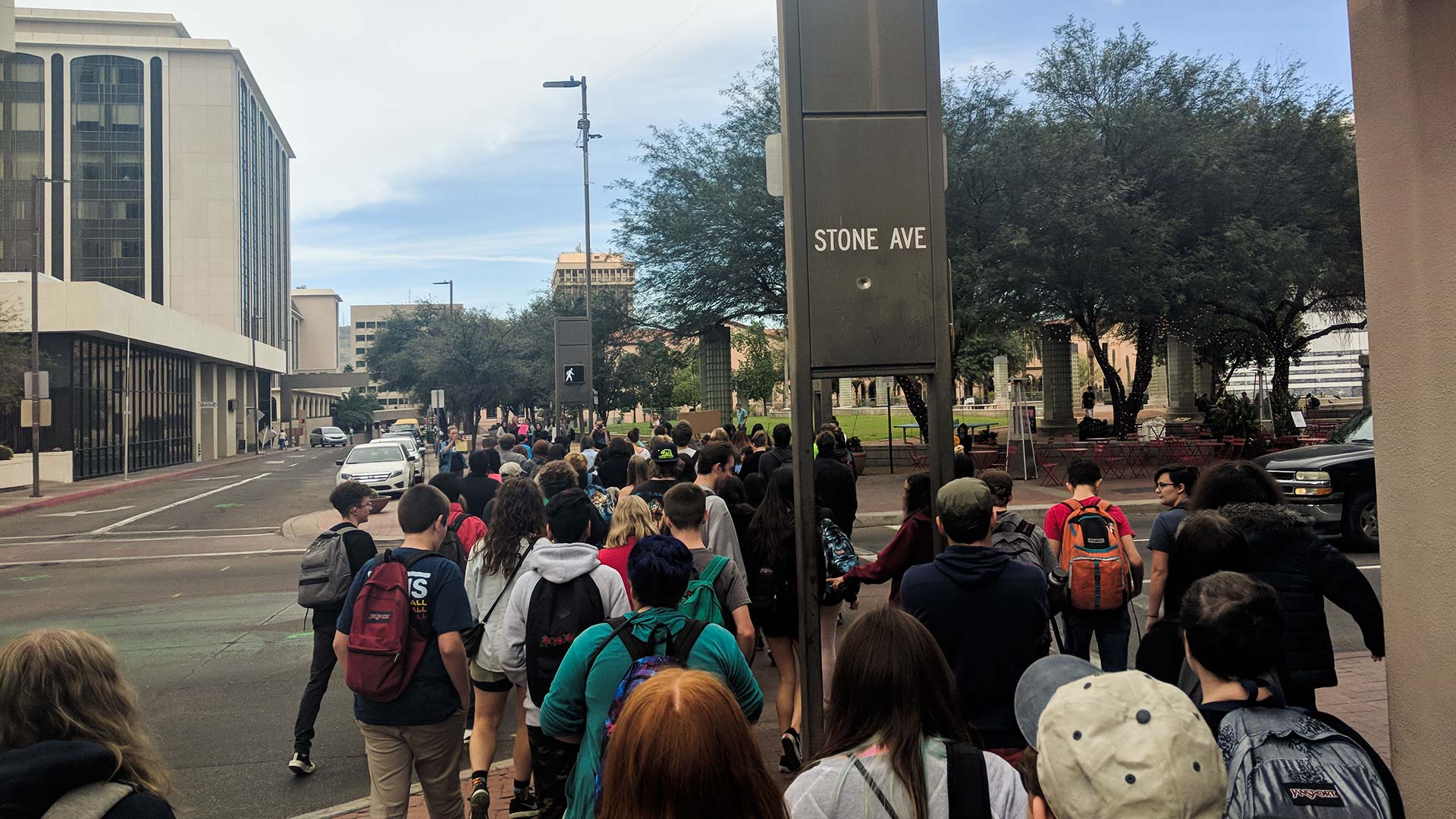 City High School students walk out of school as part of a national event protesting gun violence on March 14, one month after a school shooting in Florida killed 17.
Nick O'Gara, AZPM

Arizona Spotlight airs every Thursday at 8:30 am and 6:00 pm and every Saturday at 3:00 pm on NPR 89.1 FM / 1550 AM. You can subscribe to our podcast on iTunes. See more from Arizona Spotlight.
MORE: Arizona, Arizona Spotlight, Arts and Life, Crime, Culture, Downtown Tucson, Events, Law Enforcement, People and Places, Tucson, University of Arizona, U.S.

The Ronny Chieng Explosion Listening Beyond the Wall Sounding The Alarm in Tucson
By posting comments, you agree to our
AZPM encourages comments, but comments that contain profanity, unrelated information, threats, libel, defamatory statements, obscenities, pornography or that violate the law are not allowed. Comments that promote commercial products or services are not allowed. Comments in violation of this policy will be removed. Continued posting of comments that violate this policy will result in the commenter being banned from the site.