Court Bars From Ballot Tax on Wealthy to Fund Education

A majority of the court found that the measure's description of the change in tax rates creates a danger of confusion or unfairness. by Associated Press Tweet 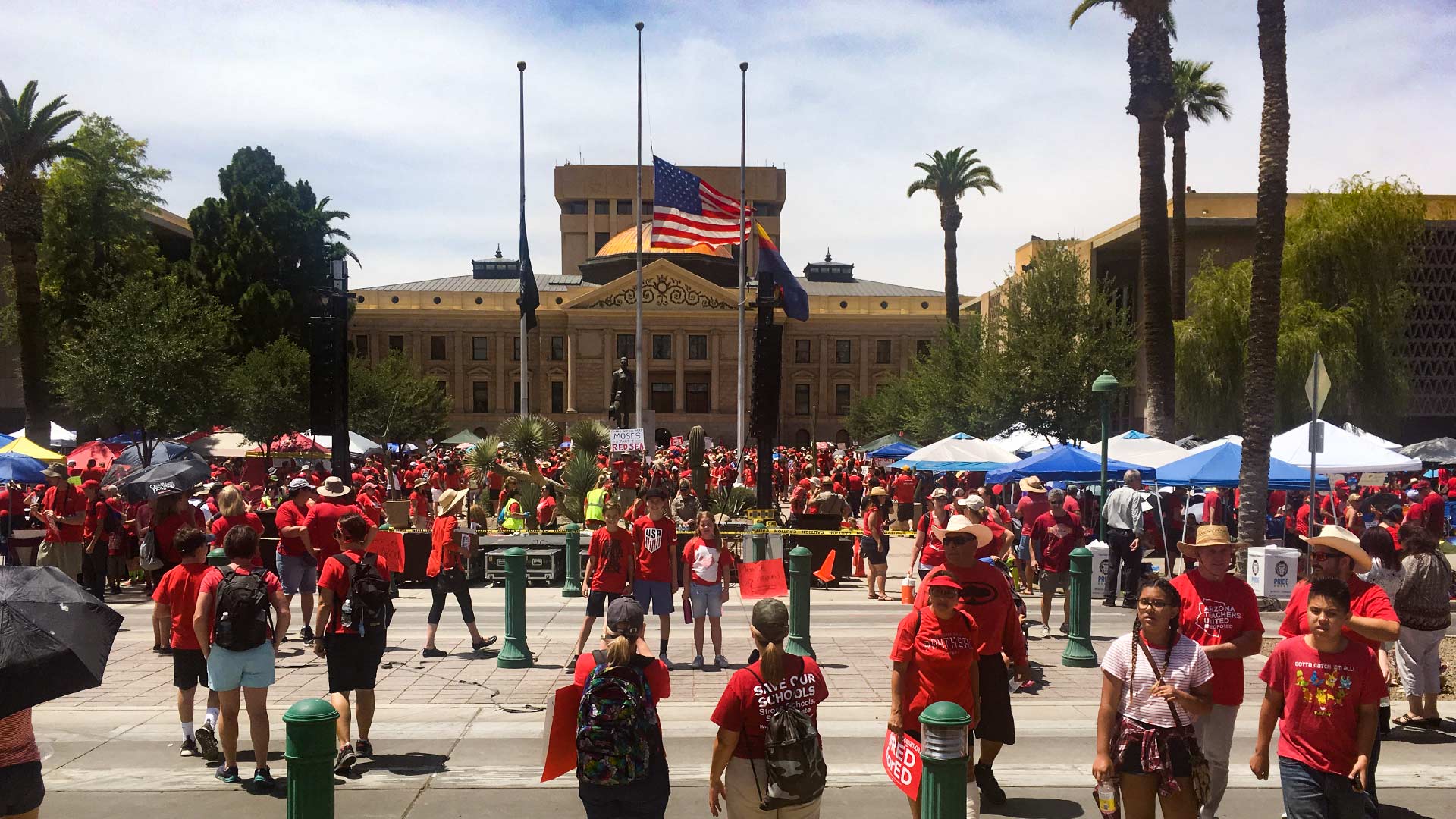 PHOENIX — The Arizona Supreme Court has barred a ballot proposal seeking to raise income taxes on the wealthy to fund schools from appearing on the November ballot.

In an order Wednesday, Chief Justice Scott Bales said a majority of the court found that the measure's description of the change in tax rates creates a danger of confusion or unfairness. The order reverses a lower-court ruling earlier this month that rejected the legal challenge to the measure.

The secretary of state's office had previously said organizers gathered enough petition signatures to appear on the ballot, but opponents kept pushing their lawsuit.

Opponents said the tax hike would have harmed the state's economy, while supporters say it would have raised an estimated $690 million for schools.

The tax proposal came after a six-day teacher strike where tens of thousands of educators walked out of classrooms and protested at the state Capitol to demand increases in education funding. They sought $1 billion in new funding for schools, while Republican Gov. Doug Ducey pushed for a plan to raise teacher salaries by 20 percent by 2020.

Ducey's proposal passed as part of the state budget, along with a partial restoration of nearly $400 million in recession-era cuts and a pledge to fill in the rest within five years. But many striking teachers said that wasn't enough to address classroom needs. They channeled their efforts toward signature gathering for the Invest in Education Act.

"Republican opponents of public education have once again found a way to keep our schools at the bottom of the barrel," Arizona House Democratic Leader Rebecca Rios said in a statement Wednesday night. "Arizona voters have been robbed of the opportunity to weigh in on our kids' future."

Arizona Supreme Court Explains 'Invest in Ed' Decision Proposition 305: Referendum on Arizona Voucher Expansion Law Proposal to Tax the Wealthy for Schools: Proposition 207
By posting comments, you agree to our
AZPM encourages comments, but comments that contain profanity, unrelated information, threats, libel, defamatory statements, obscenities, pornography or that violate the law are not allowed. Comments that promote commercial products or services are not allowed. Comments in violation of this policy will be removed. Continued posting of comments that violate this policy will result in the commenter being banned from the site.