Members of Tucson's #RedforEd movement gathered to watch the races most important to them. by Vanessa Barchfield Tweet 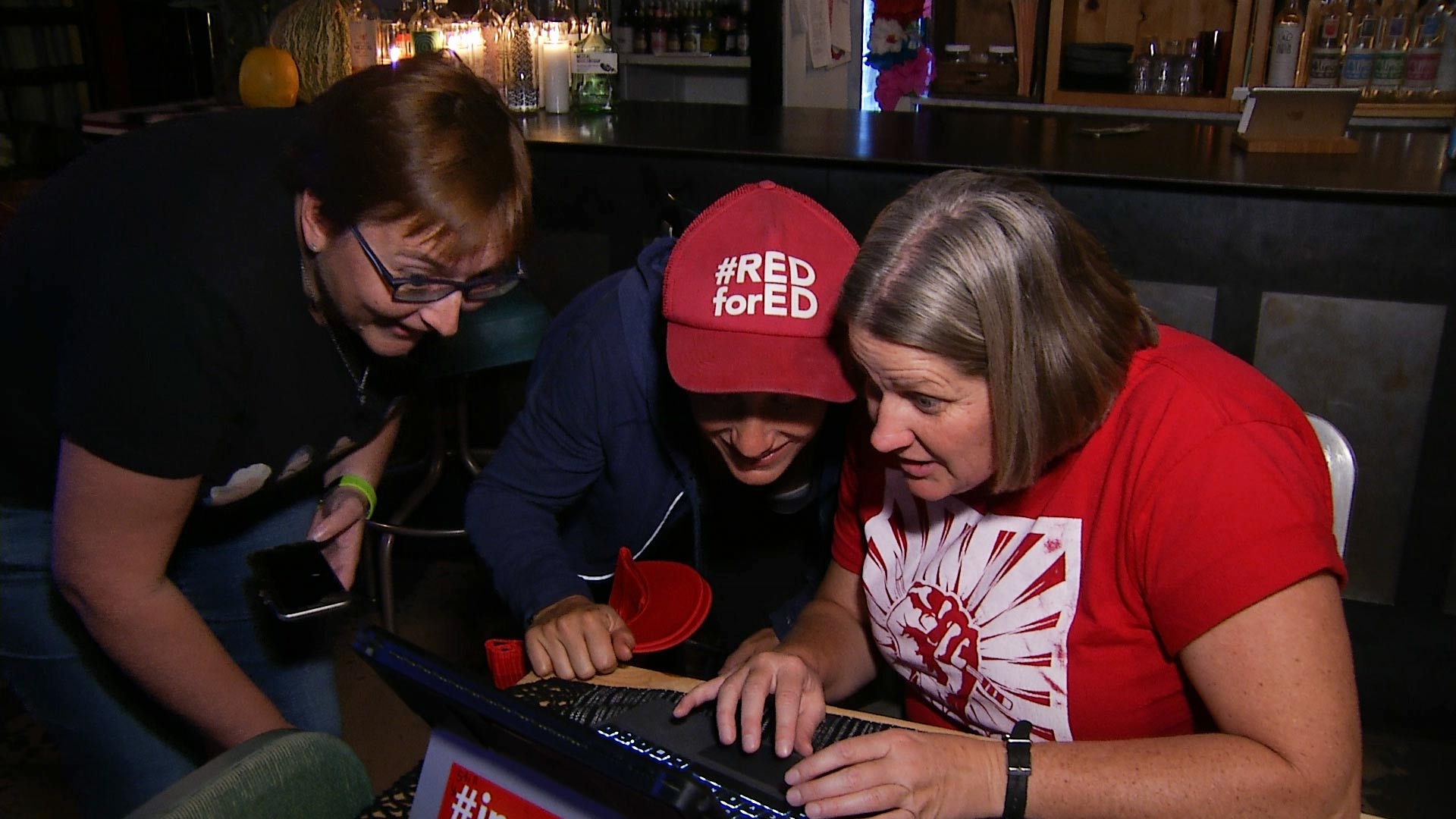 Supporters of the #RedforEd movement gathered in downtown Tucson Tuesday night to watch election results. While they cheered the defeat of Proposition 305, which would have expanded the state's school voucher program, the mood was not as jubilant when it came to Gov. Doug Ducey's re-election.

Wes Oswald is a third grade teacher at Manzo Elementary. He says under Ducey's watch Arizona has fallen to the bottom of the country in terms of teacher salaries and per pupil funding.

"It's not something to celebrate, that we're not going to take more money from public schools. I'm relieved that it's losing, but we need way better propositions on our ballot in Arizona," Oswald said.

He says those better propositions would bring more money to the public school classrooms.

"We've got a bad history in Arizona of defunding education and we've got to put that to an end."

And, he says, a big part of that is changing how campaigns are funded.

He says that would be a good start for public education and for the state as a whole.

2018 Year-In-Review: Education Funding Journalist Roundtable: Midterm Election Analysis Election Recap: The 2018 Midterms
By posting comments, you agree to our
AZPM encourages comments, but comments that contain profanity, unrelated information, threats, libel, defamatory statements, obscenities, pornography or that violate the law are not allowed. Comments that promote commercial products or services are not allowed. Comments in violation of this policy will be removed. Continued posting of comments that violate this policy will result in the commenter being banned from the site.