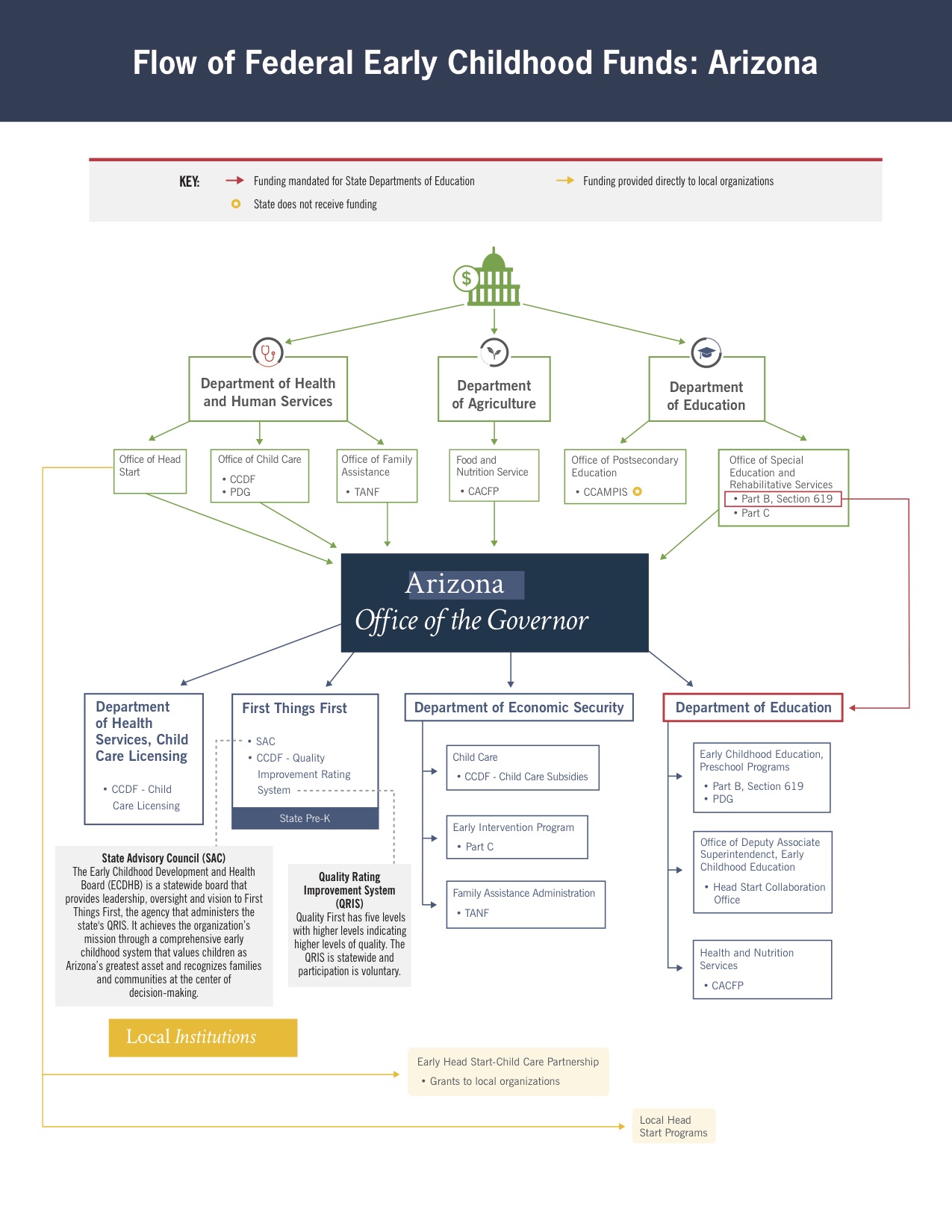 Arizona scored near the bottom in a report ranking how efficiently states distribute money for early childhood education.

The Bipartisan Policy Center ranked Arizona 42nd in the nation. The report found that there are just too many agencies in charge of federal dollars and conflicting age and income eligibility requirements among them.

Linda Smith is Director of BPC’s Early Childhood Initiative. She says agencies aren't working together, and that creates chaos.

"They are spending it in such a way that makes it hard for parents to access services and for maximum efficiency. Because if you have nine funding streams going into four or five different agencies, then that basically is suggesting that there's not a lot of coordination as the programs roll out," she says.

Smith stresses that Gov. Doug Ducey has full authority to create a more collaborative system and recommends that he create an independent body to do so.

"It is completely up to the governor of a state to what happens with this money. So when a state points a finger at Washington as the problem, he really has the discretion to change it."

Arizona Legislator Looks to Make Sex Ed More Inclusive Senate Committee Votes to Increase Education Sales Tax 2018 Year-In-Review: Education Funding
By posting comments, you agree to our
AZPM encourages comments, but comments that contain profanity, unrelated information, threats, libel, defamatory statements, obscenities, pornography or that violate the law are not allowed. Comments that promote commercial products or services are not allowed. Comments in violation of this policy will be removed. Continued posting of comments that violate this policy will result in the commenter being banned from the site.