Some people in the crowd believe the government won't stay open. by Emma Gibson Tweet 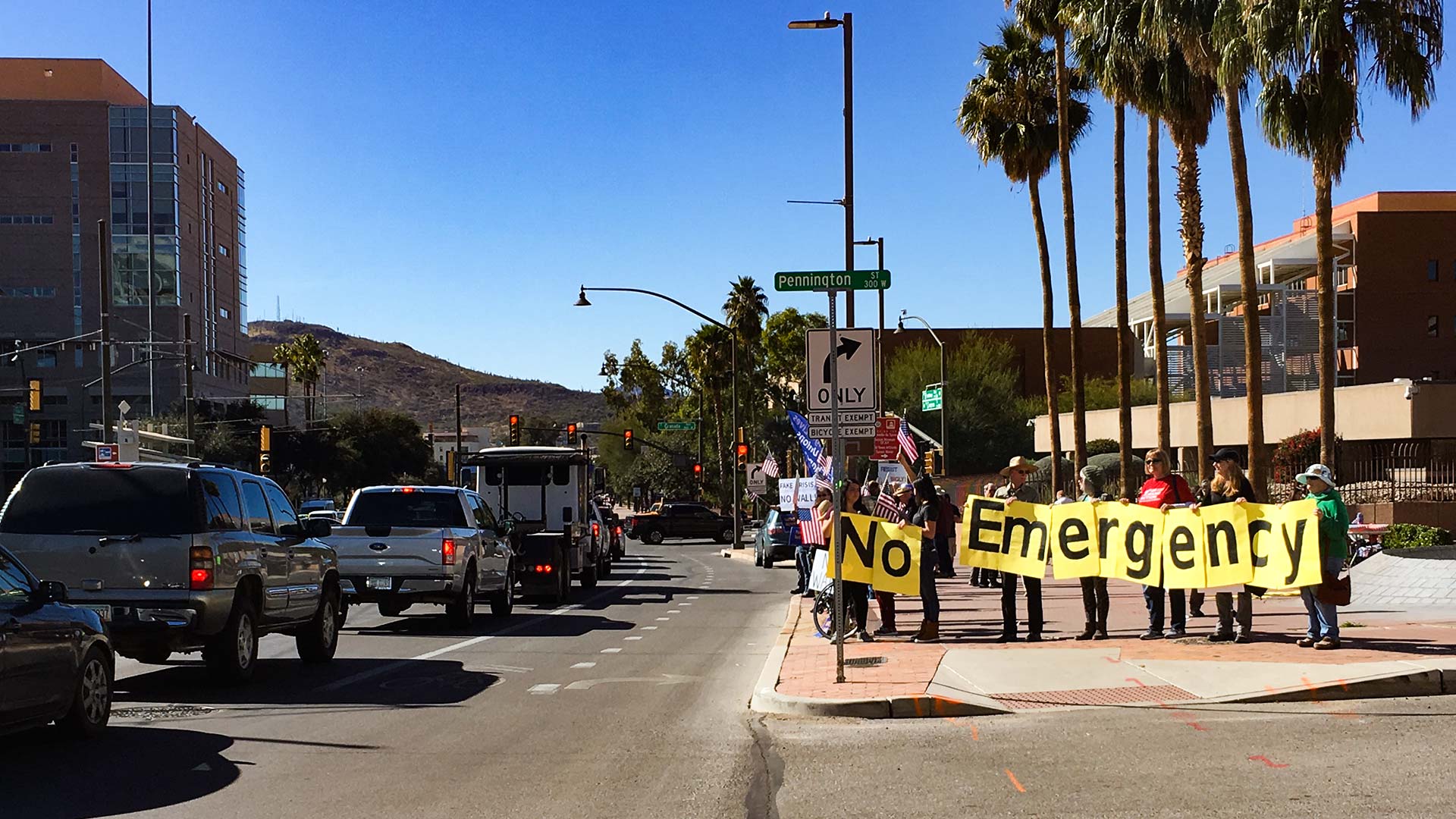 Protesters gathered with signs and drums on the corner of Congress and Pennington Friday afternoon to protest the partial federal government shutdown.

President Donald Trump announced earlier in the day the temporary reopening the government for three weeks. Few of the approximately 30 Tucsonans in demonstrating said they were optimistic that the government would actually stay open.

One of the protesters who echoed this sentiment was Carol Fiore.

“I feel like we’ll probably be back here, but what I’d like to see is no one in Congress being paid, as long as they’re using federal employees as pawns. How about they don’t get paid?” said Fiore.

She said she used to be a cartographer for the Department of Defense and a computer system analyst at the Bureau of Land Management.

Most of the crowd held signs protesting the border wall or urging the government to pay federal workers and contractors.

Barbara Wayne was also at the protest, and she said that if Congress does not find a permanent solution during the next three weeks, she believes Trump might declare a national emergency to build the border wall – but she said there is no emergency.

Arizona ready for kids' COVID shots Arizona AG's effort to require redo of election rules denied Ducey OKs $18B budget upping school, infrastructure spending
By posting comments, you agree to our
AZPM encourages comments, but comments that contain profanity, unrelated information, threats, libel, defamatory statements, obscenities, pornography or that violate the law are not allowed. Comments that promote commercial products or services are not allowed. Comments in violation of this policy will be removed. Continued posting of comments that violate this policy will result in the commenter being banned from the site.