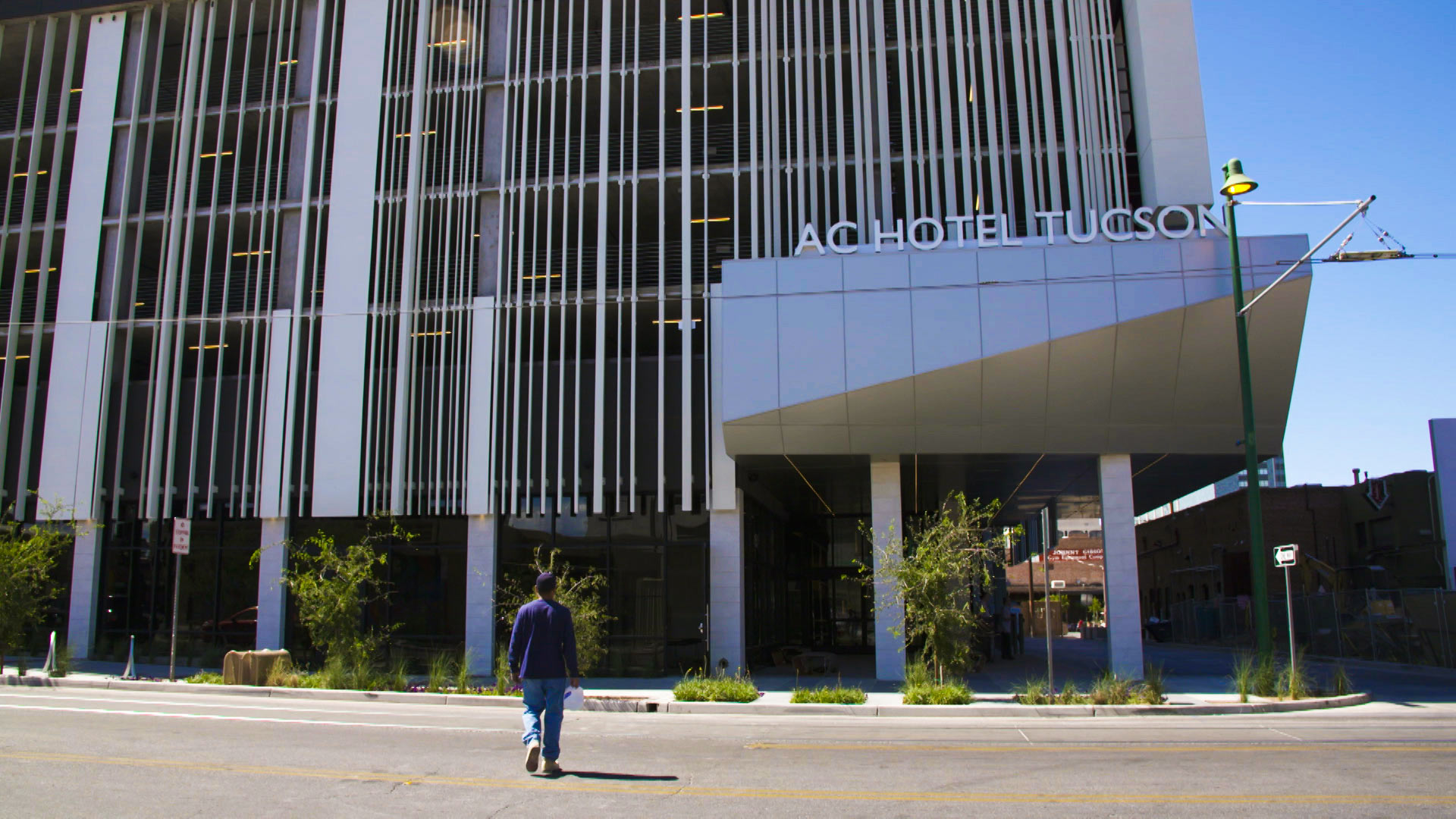 The exterior of the AC Marriott Hotel in downtown Tucson.
AZPM

The group's communications director, Dan Gibson, says the year ended on a high note, with revenue from the Arizona Bowl football game up from the year before.

"The main marker was up about 5 percent, so the having more people stay in rooms and paying more for those rooms gave us the strong finish to the year," Gibson said.

Gibson says 2018 marked the sixth year in a row that hotel revenue grew in Tucson, after dropping during the Recession.

He says hotel occupancy was up by about 3 percent, and the rates hotels charged were also up, by more than 4 percent.

El Tour's new CEO shares her vision for the race’s future El Tour de Tucson Wheels Into Town Immigrant Spending Power Adds Billions of Dollars to Pima County Economy
By posting comments, you agree to our
AZPM encourages comments, but comments that contain profanity, unrelated information, threats, libel, defamatory statements, obscenities, pornography or that violate the law are not allowed. Comments that promote commercial products or services are not allowed. Comments in violation of this policy will be removed. Continued posting of comments that violate this policy will result in the commenter being banned from the site.